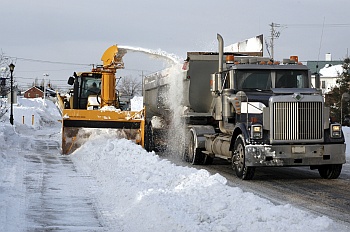 With severe winter road conditions hindering transportation across the U.S., state transportation agencies have proven they can be creative in solving the problems that come with snow and ice.

“New technologies are being tested and implemented by state DOTs every day,” says Mike Hancock, AASHTO president. “State transportation officials are turning to proven solutions to do their jobs faster, better, and smarter,” he added.

Following are examples of some of the ways states are keeping people and goods moving this winter.

State DOTs are also encouraging motorists to do their part to keep roads clear and drivers safe. When major storms are forecast, drivers should visit state DOT websites for the latest traveler information. Most states also offer 511 telephone information lines and Twitter alerts.