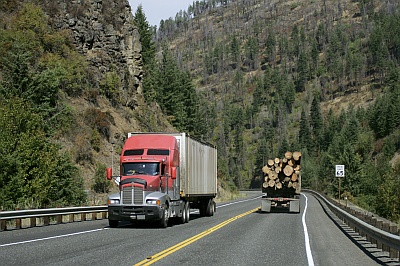 The debate over truck speeds is taking shape across the nation as 16 states are now considering changes to speed limits on the open highway.

Road Safe America (RSA) and the American Trucking Associations (ATA) are pushing for federally mandated trucker speed limiters or governors. Some in the industry think faster speeds would not present a safety hazard.

U.S. DOT is on record in support of speed limiters, reporting that they found a “profound safety benefit for trucks equipped with an active speed limiter” and that “research on the potential drawback of speed deviations among vehicles that could occur due to the interaction of a speed limiter equipped vehicles and those without speed limiters seems to be far outweighed by the significant safety benefits associated with a reduction in absolute speed afforded by speed limiters,” according to a 2012 report.

“Highways are safest when all vehicles travel at the same relative speed. Speed limiting trucks would make highways less safe because they would create a speed differential that would increase the likelihood for collisions,” said OOIDA spokesperson Norita Taylor. “Data available from the government shows that motor carriers that use speed limiters have poorer safety ratings than other carriers.”

A Florida Senate panel has taken the initial step toward authorizing a 5-mph increase in the speed limits on interstates and other limited-access highways. The change would give the state DOT the final say on any changes.

In Georgia, a bill halfway through the statehouse would require traffic studies before travelers on urban interstates could be authorized to drive 70 mph – up from 65 mph.

In Wyoming, another bill would authorize 80 mph speeds for truckers and other drivers on certain highway segments – up from 75 mph.

House Speaker Tom Lubnau, (R-Gillette) said the Wyoming DOT would be required to study what sections of interstate highway could handle the higher speed.

Lubnau said he believes the switch could improve safety on roads because the disparity in vehicle speeds would be reduced. He referred to research collected from Utah and Texas that shows highways posted at 80 mph have fewer accidents because vehicles travel at similar speeds.

States considering bills to set 75-mph travel for all vehicles include Mississippi, Missouri, and New York. An Oklahoma bill would permit 75 mph travel on four-lane divided highways, including interstates now posted at 70 mph. Turnpike speeds could also increase to 80 mph. A Utah bill would open the door to 80 mph speeds. In Idaho, one bill could result in speed increases to 80 mph and 70 mph on certain roadways for smaller vehicles while truck speeds would stay 10 mph slower.

Elsewhere, state lawmakers in Maryland, New Hampshire and West Virginia have bills to authorize speeds of 70 mph. Kentucky, Michigan, South Dakota and Virginia also have bills that would affect speeds along various roadways.

According to the National Safety Council, the chances of dying in a crash doubles for every 10 mph traveled over 50 mph because of the increase in the kinetic energy as the vehicle gains speed. The increased kinetic forces from speed make it impossible to survive some high-speed crashes.