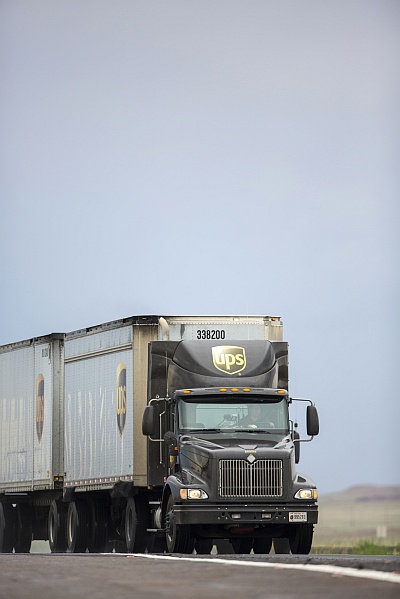 United Parcel Service (UPS) is making the move to propane to fuel its fleet of delivery vehicles in selected markets.

UPS bought 1,000 package delivery propane trucks and is building 50 fueling stations at UPS locations, all of which will cost around $70 million. Operations will begin by mid-2014 and be completed early next year, according to the company.

The propane fleet will replace gasoline- and diesel-fueled vehicles used largely in rural areas in Louisiana and Oklahoma. The new trucks can travel up to 200 miles on a tank of propane on these routes.

“The UPS alternative fuel strategy is to invest in the most environmentally friendly and economical energy sources,” said David Abney, UPS COO. “Propane meets those criteria as a clean-burning fuel that lowers operating costs and is readily accessible, especially on rural routes in the United States. States that attract this type of investment with tax incentives and grants will factor into the UPS deployment strategy.”

UPS teamed up with the Propane Education & Research Council (PERC), a non-profit propane technology incubator, to work with equipment manufacturers to secure certifications with the EPA and California Air Resources Board.

The Freightliner Custom Chassis built for UPS uses a GM engine. Both the engine and system integration were provided by Powertrain Integration. The propane autogas fuel system was supplied from CleanFuel USA.

UPS tested 20 propane-powered delivery trucks successfully this past winter in Gainesville, Ga., using a “rolling laboratory” approach to test different fuel sources and technologies according to their routes. The new propane fleet is expected to travel more than 25 million miles and to displace approximately 3.5 million gallons of conventional gasoline and diesel per year.

“The opportunity to road test new propane vehicles and fueling equipment with one of the most sophisticated fleets in the country is a major milestone for the propane industry,” said Roy Willis, president and CEO of PERC. “This announcement is the culmination of many entities bringing together the best in propane technology to achieve the greatest economic and environmental results.”

UPS’ migration to propane in some markets is part of a larger trend to use alternative fuels in trucking, according to the NTEA, the Association for the Work Truck Industry.

Tucker Perkins, chief business development officer for PERC called propane autogas “the little engine that could” as it has become an alternative fuel for numerous large fleets, including private fleets such as Frito Lay and Coca Cola as well as municipalities that operate a diverse range of vehicles.

Perkins said sales activity for LPG-fueled vehicles reached 14,000 units in 2013, with those roughly split 50/50 between OEM orders—chiefly from Ford and GM— and aftermarket conversions. He added that the sales mix was 75 percent light-duty and 25 percent medium-duty vehicles.

As to why a fleet would choose propane autogas when “all you read about is natural gas,” Perkins said it is because while LPG is produced from natural gas, it can be stored as a liquid at a low pressure.

“And installing fueling infrastructure for propane autogas is a non-event—an initial cost of approximately $40,000 and the system is not expensive to maintain.”

Perkins added that while there are already some 3,000 public LPG fueling locations in the U.S., “the propane autogas industry is now also going after the centrally fueled fleets. The future for LPG is here and we see nothing but continuing growth across existing and other OEM platforms.”

Stephen Yborra, director of market development forNGVAmerica, said that the new “abundance of natural gas in the U.S. is driving the price differential vs. diesel the alternative fuel is enjoying.”