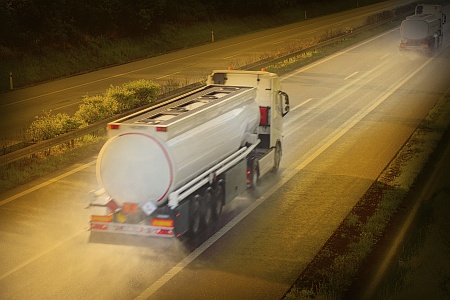 Lower costs for natural gas-powered highway tractors compared to diesel could make it more profitable for trucking companies to look at longer hauls for intermodal shipments, according to an analyst with transportation/railroad consultant Oliver Wyman.

“If NG [natural gas] powered tractors win this battle against the clock, the break-even distance for intermodal economics to win could jump from the approximately 500 to 600 miles today to 700 once the truckers achieve critical mass with the application of NG engines,” he said.

Kuehn said the railroads themselves might face pressure to develop NG-fired locomotives, though they would face the hurdle of safety regulations that prohibit the location of an NG tender car within a locomotive grouping for rail operations.

He said much of the domestic traffic growth is a function of truck to intermodal conversions and the increasingly popular practice of “transloading” international freight from smaller international containers into larger domestic containers near coastal container ports and that intermodal traffic, overall, should continue to grow at 100 to 200 basis points above the rate of U.S. gross domestic product (GDP) growth.

Sufficient numbers of drayage trucks must be also available to deliver intermodal boxes from the shipper to the originating rail head and/or to deliver boxes from the terminating rail head to the receivers, according to Oliver Wyman’s research, which could be another trucking-related pressure point the intermodal freight sector must try to relieve.

Kuehn’s comments come at a time when major shippers are weighing the benefit of trucks versus rail after last winter’s major delays in rail service.

“We’ve received letters from CEOs from major chemical companies asking us if we can do more,” said Bill Marchbank, vice president of operations at Houston-based Trimac Transportation, a leading bulk shipper of liquid chemicals and industrial minerals. “It’s almost out of desperation.”

Demand to ship freight on flatbeds outpaced the number of available trucks by a ratio of 37 to 1 in March and kept rising in April, an unusually steep seasonal spike, data showed. As the frigid winter and chilly spring yield to summer, quarterly corporate results are only now laying bare the tens of millions of dollars of added freight costs for shippers.

Few expect the frenzy to last, as emergency needs ebb and shippers return to more affordable rail. But the spike has shone a light on a critical capacity squeeze in the North American freight system, one that could mean higher transport costs as the trucking industry lags behind a pick-up in the economy.

Though the spillover business has made many winners in the trucking sector, industry leaders said they did not have enough drivers or trucks to meet the demand, and long-term, trucks are an inadequate stopgap for the problems of rail.

Some of the nation’s biggest freight shippers, including Cargill, global grains trader Bunge and Wal-Mart Stores declined to talk about how or where they turned to road freight last winter. But data from other operators and sources familiar with those companies’ operations shows it was a widespread, and costly, trend.

“I’m not going to call this a once in a decade-type winter, but boy … it (had) a very unusual effect on transportation,” said Dow Chemical CEO Andrew Liveris.

The company reported $100 million in overall lost sales due to the extremely cold weather. Dow is a customer of Quality Distribution, a leading truck company that reported severe weather affected truck deliveries and availability.

Domtar Corp, a major paper and personal products maker, spent an extra $5 million on freight due to a shortage of railcars and extreme weather conditions. It also had to pay more for truck drivers during a period of high demand.

Customers turned to trucks because they “lost confidence in the ability of the railroads to meet their inventory needs,” said Jack Hellmann, CEO of railroad operator Genesee & Wyoming.