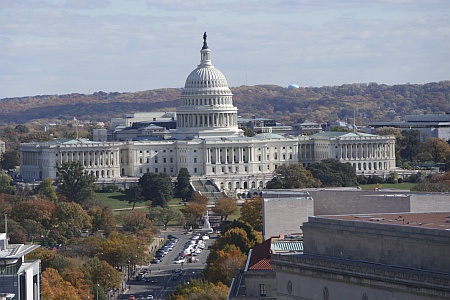 Sen. Susan Collins (R-Maine) successfully pushed through an amendment in the Senate Appropriations Committee last week that would delay for one year the restart provisions of the hours-of-service restart rules regulating American truckers.

The amendment was championed by the American Trucking Associations (ATA), which has lobbied to get the rules changed.

“Since these rules were proposed in 2010, ATA has maintained that they were unsupported by science and since they were implemented in 2013 the industry and economy have experienced substantial negative effects as a result,” said ATA President and CEOBill Graves. “Today, thanks to Senator Collins’ leadership, we are a step closer to reversing these damaging, unjustified regulations.”

“America expects its freight to be moved, and these new rules prevent some drivers from taking a restart over the weekend,” said ATA ChairmanPhil Byrd, president of Bulldog Hiway Express,Charleston, S.C. “And as a result, they need to take their restart midweek leading to shipping delays and costs.

“And if you’re fortunate enough to be able to take your restart over a weekend, it exacerbates congestion because this regulation dumps concentrated amounts of trucks on the highway system at5:01 a.m. Monday morningwhen America is heading off to work and school,” Byrd said.

“This is not the end of this debate,” saidDave Osiecki, ATA executive vice president and head of national advocacy, “but thanks to the hard work of ATA’s members, the professional staff, ATA’s federation partners and the courage and leadership of Sen. Collins and others on Capitol Hill, we are one step closer to reversing these damaging regulations.”

“Your push to have Congress rescind funding to enforce the current HOS rule puts the issue back on the track of confusion, uncertainty and litigation,” wrote Ferro in an email to ATA leaders.

Some trucking companies also are concerned by ATA’s approach.

The Trucking Alliance, a group of carriers that have been lobbying Congress and FMCSA for the electronic logging mandate and other safety initiatives, says ATA’s maneuver could slow implementation of electronic logs and cause other problems.

“I don’t think it’s the right approach,” said Steve Williams, chairman and CEO of Maverick USA and chairman of the Alliance. “All ATA is doing is antagonizing FMCSA. I would prefer to take a more constructive, long-term approach on this,” he said.

The Alliance is one of several groups advocating a different solution. It has joined with the Commercial Vehicle Safety Alliance (CVSA), which represents the police who enforce the rules, and Advocates for Highway Safety to push for a study of the restart using data from electronic logging devices, once FMCSA clears that rule, said Alliance Managing Director Lane Kidd.

CVSA does not want to go back to the old restart rule so soon after it adjusted to the new one, said executive director Steve Keppler.

ATA contends that the restart provision is unproductive and does not improve safety.

“There’s not a carrier or driver we’ve spoken to who has said that this restart is helping in terms of safety,” said ATA’s Osiecki.

Besides cutting carrier productivity, the rule reduces the time available to drivers and owner-operators, which in effect cuts their pay, ATA contends. Not all fleets use the restart, but some of those that do say their drivers are resigning in search of better circumstances.

The association wants Congress to tell FMCSA to stop enforcing two pieces of the provision: the requirement that a driver take off two consecutive periods of 1 a.m. to 5 a.m. during a 34-hour restart, and the once-a-week restriction on use of the restart.

ATA wants the agency to go back to the pre-2013 version of the restart, which does not have those restrictions, for a year while the Government Accountability Office finishes its study of the restart provision, according to Osiecki.

Ferro said ATA is presenting misleading information to members of Congress “by asserting that previous years’ decrease in overall crash rates are an indication that fatigue-related crashes are no longer a safety concern.”

“The decline in fatal crash rates between 2004-2009 reversed course to increase 18 percent by 2012. This has got to stop. You know it and your colleagues know it.”

Ferro said her agency is “committed to moving forward with robust data collection and fact-based decision making with full public participation in its drive to prevent fatigue-related fatalities and to raise the bar for safety in this industry.”

She said her agency opposes ATA’s move to cut off funding for restart enforcement.

“Were Congress to act upon ATA’s request, it would be rolling back, arbitrarily, a research-based rule that is projected to save 19 lives each year and prevent 1,400 crashes and 560 injuries,” Ferro said.

“This rule has been in place almost a full year; a year in which the industry has seen higher profitability than any year since 2009. The ensuing confusion and uncertainty would open up new loopholes for abuse and renewed litigation.”