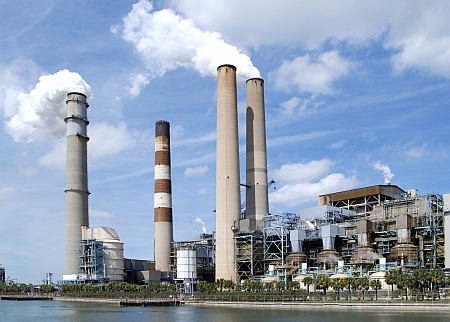 Bob Costello, chief economist for the American Trucking Associations (ATA), sees the rest of 2014 as mix of good and bad.

Costello says he believes the U.S. economy will accelerate during the rest of the year after a tough first quarter but operating costs will continue to limit profits for U.S. trucking fleets.

Costello said the economy has been seen only “subpar growth” in the years since the recession ended, but it is poised for significant expansion.

“I think we’re going to start to buck that trend,” Costello said.

He called for gross domestic product to grow by an annualized rate of 3.5 percent in the second quarter, followed by 3.1 percent and 3 percent growth rates in the third and fourth quarters.

If that comes to fruition, it would be the first time that GDP has grown by 3 percent or better in three consecutive quarters since the second half of 2004 and the first quarter of 2005.

That forecast also is a departure from the first quarter, during which GDP contracted by 1 percent due in large part to harsh winter weather and inventory reductions. Costello said the freight market also will continue to expand.

One key sector providing a boost to the economy is the housing market.

Costello projected that housing starts will rise to 1.06 million this year, topping 1 million for the first time since 2007, and grow to 1.37 million in 2015.

Although the housing sector is “growing nicely,” total housing starts still are relatively low compared with historical levels, he said. “We’re still just getting back to the low points of other cycles.”

Costello said factory output will continue to improve as well.

He forecast that year-over-year growth will rise from 3.1 percent this year to 3.7 percent in 2015.

“I remain bullish in the long run on the factory sector,” Costello said, citing productivity improvement driven by upgraded machinery and robotics.

Lindsey Piegza, chief economist for Wall Street investment firm Sterne Agee, is holding back on his assessment for the manufacturing sector.

“Manufacturing activity appears to be improving after the worst performance in years,” Piegza said. “Going forward, however, a sustained recovery in production must be supported by larger gains in consumption and business investment. At this point, it is too early to tell if there is sustained momentum in either of these sectors with the most recent data showing a significant slowdown in early Q2 after a short-lived rebound in February and March.”

Despite the increase in freight demand, fleet profitability still has not returned to pre-recession levels, he said.

Costello said the driver shortage, the rising cost of equipment and the effects of regulations are constraining fleets’ earnings. These rising costs could contribute to a higher number of fleet failures, he added.

Gordon Klemp, founder and president of the National Transportation Institute (NTI), said the limited availability of drivers is a real issue.

“The driver force is aging rapidly with 56 percent of for-hire truckload drivers 45 or older and 59 percent of private fleet drivers are 45 or older,” said Klemp. “Given this aging demographic, the cavalcade of driver pool shrinking and productivity sapping safety regulations coming down the federal pipeline, and drivers’ penchant to retire earlier than many due to nagging health issues, the driver shortage issue is likely to get much worse before it gets better.”

The Wall Street investment firm Stifel Nicolaus predicts the U.S. trucking industry is still at least two years away from feeling the full impact of the driver shortage.

“Our sense is that the ‘mother of all shortages’ will appear in the 2016-2018 timeframe, as by then the industry will be dealing with mandatory electronic logging devices (ELDs), speed limiters, hair follicle drug testing, sleep apnea testing, etc. and the economy will likely have expanded, albeit only modestly, by then.”