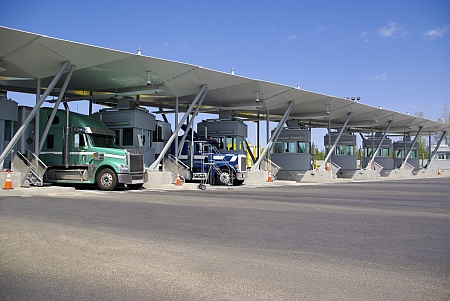 An American proposal to hike the fees Canadian truckers pay for agricultural inspections when they cross the U.S. border violates the North American Free Trade Agreement, according to the Canadian Trucking Alliance (CTA) as reported by the Canadian Business News Network.

The industry group says the U.S. Department of Agriculture’s proposed fee increases, which would fund increased inspections and be charged even to trucks carrying no food, plants or livestock, would harm U.S.-Canada trade as well as the bottom lines of trucking businesses, big and small.

“They claim it is to protect the domestic food supply and the domestic agricultural industry, but then they assess the fees on every truck that crosses Canada-U.S. border,” said David Bradley, president of the CTA. “So a truck hauling auto parts on plastic pallets pays the fee and has nothing to do with agricultural products.”

In a submission to the U.S. Department of Agriculture, the Canadian government says it agrees the fee increase “may not be consistent with U.S. international trade obligations” and “would have disproportionate and negative effects on Canadian commercial enterprises exporting to the United States.”