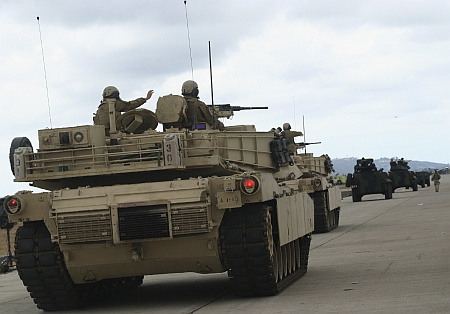 U.S. DOT’s waiver program that helps experienced veterans and active duty personnel transition into civilian jobs as commercial truck and bus drivers has been expanded to all 50 states and the District of Columbia.

“Our nation’s veterans deserve good-paying jobs when they return home from serving overseas and we are proud to help,” said U.S. Transportation Secretary Anthony Foxx. “Thousands of active duty service members and veterans have already transferred their skills to jobs driving trucks and buses through the Military Skills Test Waiver Program and we look forward to helping even more now that we’ve expanded to all 50 states.”

Alaska became the 50th state to participate in the FMCSA Military Skills Test Waiver Program on June 27. Started in 2011, the program grants state licensing agencies, including the District of Columbia, the authority to waive the skills test portion of the commercial driver’s license application for active duty or recently separated veterans who possess at least two years of safe driving experience operating a military truck or bus.