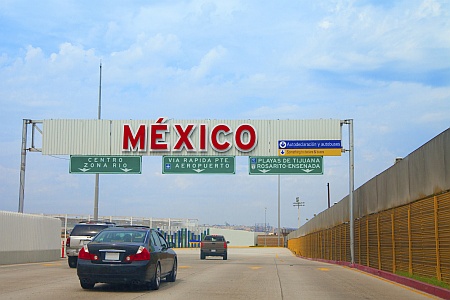 The Owner-Operator Independent Drivers Association (OOIDA) says the U.S. Department of Transportation’s three-year cross-border trucking pilot program does not appear to have generated enough relevant data to conclude that the border should be opened to Mexico-based motor carriers.

“What little participation the program has had is riddled with failures in compliance with U.S. safety regulations,” said OOIDA Executive Vice President Todd Spencer. “Looking back at the enormous pressure placed on the U.S. by way of tariffs from Mexico, it’s now hard to believe that Mexico’s interest was even sincere.”

According to report by the Federal Motor Carrier Safety Administration, a total of 38 motor carriers have applied to participate in the program throughout the three years in which Mexico has had the opportunity to prove its ability to safely operate on U.S. highways.

Eight of those companies withdrew from the program, 14 were dismissed, and three failed the Pre-Authorization Safety Audit (PASA). At this time, 13 trucking companies in Mexico have been granted permanent operating authority to go beyond the 25-mile commercial zone in the United States. Two of those 13 carriers have represented the vast majority of vehicles, drivers, crossings and inspections in the program.

“With such woeful numbers, it’s hard to believe that before the program there was justification to impose $2.4 billion in tariffs on U.S. farmers and other businesses,” said Spencer. “It’s clear that the only parties truly interested in opening the border are members of the U.S. Chamber of Commerce or the big U.S. carriers seeking lower labor costs.”

In setting up the program, FMCSA estimated it would need 4,100 inspections of at least 46 carriers throughout the three-year period in order to have a relevant representative sample and statistically valid results. As of July 13, reports show there have been 5,175 inspections. But because of the limited participation, two motor carriers account for 82 percent of those inspections. Of the Mexico-domiciled carriers participating, most have one vehicle and one driver and participate very little in the program.

As far as safety data, there have been 118 out-of-service orders issued. Currently the pilot program is averaging 1.3 OOS violations per week, while averaging only 53 inspections per week. In comparing OOS rates and violations to U.S. motor carriers, OOIDA has found dramatically higher OOS rates for U.S. motor carriers for identical violations found on the Mexico-based pilot program participants – showing enforcement is tougher on U.S. truckers.

“It’s certainly not possible for the pilot program’s data to be used to conclude that Mexico’s trucking industry has proven they can safely haul goods throughout the United States,” said Spencer.

“Like in the U.S., trucking businesses in Mexico are mostly small businesses and they don’t want big carriers from the U.S. going down there, nor do they have any interest in coming up here.”