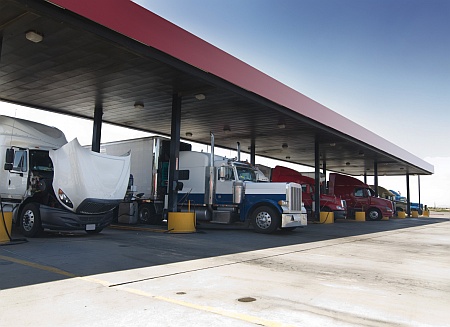 Diesel and gasoline prices are tracking downward and that trend should continue into 2015, according to the U.S. Energy Information Administration (EIA).

The national average retail pump price for diesel dropped 1.4 cents to 3.82, a 9.2 cents per gallon drop compared to the same week a year ago.

Diesel prices declined in every region except the Rocky Mountains, which saw a slight uptick in August.

California is the only state with prices above $4 per gallon, coming in at $4.08.

Those per-gallon price decreases are occurring despite a rise in U.S. fuels consumption – particularly for distillates, which includes diesel – that is being offset by an ongoing increase in domestic oil production that in turn is reducing oil imports.