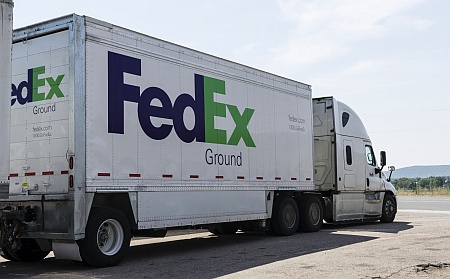 A U.S. Federal Appeals court last week ruled against FedEx Ground, finding that the package delivery firm had misclassified 2,300 drivers as independent contractors instead of employees.

The case involved California drivers from 2000-2007 and the decision by the U.S. Court of Appeals Ninth Circuit in Portland, Oregon reverses the findings of an Indiana court.

The judges held that “the plaintiff FedEx drivers were employees as matter of law under California’s right-to-control test. Judge Stephen Trott , joined by Judge Alfred Goodwin, concurred— with Trott writing that “FedEx’s labeling of the drivers as ‘independent contractors’ in its Operating Agreement did not conclusively make them so.”

“The drivers must wear FedEx uniforms, drive FedEx-approved vehicles, and groom themselves according to FedEx’s appearance standards,” Judge William Fletcher remarked in his opinion. “FedEx tells its drivers what packages to deliver, on what days, and at what times. Although drivers may operate multiple delivery routes and hire third parties to help perform their work, they may do so only with FedEx’s consent.”

“The court held that those independent contractors operating in California from 2000-2007 and Oregon from 1999-2009 were employees, according to the panel’s interpretation of state laws. The model that the court reviewed is no longer in use. Since 2011, FedEx Ground has only contracted with incorporated businesses, which treat their drivers as their employees. FedEx Ground will seek review of these decisions, including review by the entire Ninth Circuit,” said a FedEx statement.