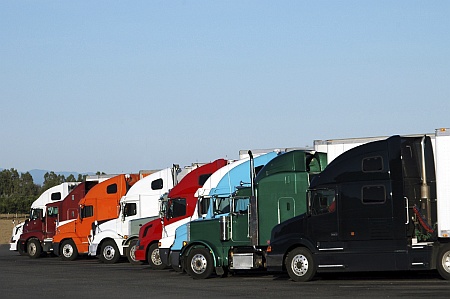 A pilot project led by the Minnesota Department of Transportation and the University of Minnesota is looking at providing real-time information to truckers about where they can find a safe a place to pull off the road when they have reached their driving limit.

Federal regulations limit truckers to a maximum 70-hour workweek, down from 82 hours since tighter rules went into effect in July 2013. The rules, enacted to combat drowsy driving, require truckers who reach their weekly limit to rest for 34 consecutive hours before starting another 70-hour work period. Truckers also are limited to a 14-hour workday and no more than 11 hours of driving in a single day.

Rest areas testing the system are the Big Spunk Rest Area near Albany, Enfield near Monticello and Elm Creek in Maple Grove.

Cameras scan the lots to determine how many truck spots are open. The information is sent to a computer, which relays it to electronic signs, the MnDOT website and directly to truckers whose cabs are wired to receive it.

With information about the number of spots available, truckers can decide whether to pull off or proceed to the next rest area.

“We don’t want trucks parking on exit or entrance ramps because they are not safe,” he said. “We want to provide safe parking and this is one way of doing this.”

Like other states, Minnesota has a shortage of long-term parking for commercial motor vehicles. The problem is expected to get worse as the trucking industry rebounds from the recent recession.

Minnesota, which received a $2 million grant, is one of several states to get federal money to study the issue. Similar pilot projects are underway along the busy I-95 corridor on the East Coast as well as in Florida, California, Oregon, Utah, Tennessee and Pennsylvania.