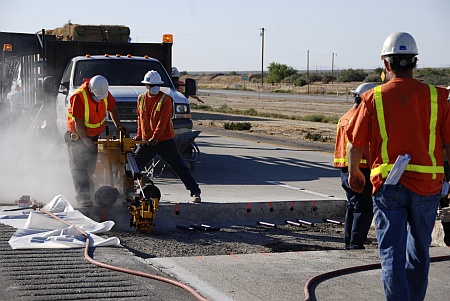 Crumbling and congested U.S. roadways are driving up costs for U.S. manufacturers as late deliveries and unreliable transportation undermine hard-fought gains in production efficiency, according to U.S. manufacturing executives.

Thomas Riordan, Chief Executive of Neenah Enterprises and an official with a national manufacturers group, figures that truck and rail traffic congestion raise the Neenah, Wis., foundry’s overall costs by one percent annually. He said the closely held company came close to idling production last winter when it was unable to get enough clay delivered for casting molds.

“Any slowdown in the pipeline of our supply chains shows up in increased costs,” said Riordan, whose company makes manhole covers and supplies metal castings to Caterpillar and John Deere & Co. “This is a hidden tax that we’re paying many times over.”

A new report due out from the National Association of Manufacturers (NAM), where Riordan is an executive committee member, estimates overall spending on public infrastructure fell 10.5 percent between 2003 and 2012. Spending on highways and streets by federal, state and local governments, dropped a higher 19 percent during that same period, according to the study.

The group is calling for an about $100-billion-a-year increase in funding for roads, mass transit, airports, waterways and ports and water plants in each of the next three years. Spending on public infrastructure grew at annual rate above two percent from 1956 through 2003, but declined 1.2 percent a year from 2004 through 2012, reflecting rising construction expenses and particularly anemic state and local expenditures after the 2008 recession.

“The United States is stuck in a decade-long decline in infrastructure spending that will eventually harm job creation, future productivity and our ability to compete head-to-head with companies all over the globe,” said NAM President Jay Timmons. President Obama in August signed legislation that propped up the federal highway fund until May with $10.8 billion derived from a relaxation of pension funding rules that exposes more of companies’ profits to federal income taxes.

The additional $100 billion in spending that NAM is recommending represents an about 40 percent increase over the current spending on new infrastructure projects. Timmons didn’t advocate for an outright increase in the fuel tax, but he said Congress needs to discuss options such as inflation-indexing of the fuel tax and private financing of certain public construction projects. The federal fuel tax hasn’t been increased since 1993 and annual collections have been declining as motorists drive more fuel-efficient vehicles and rack up fewer miles than in the past.