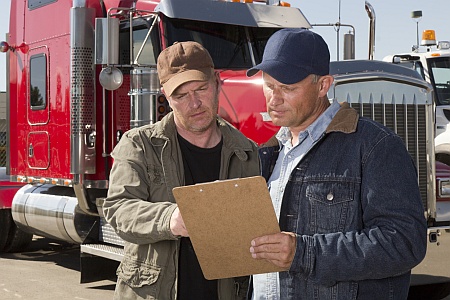 The Federal Motor Carrier Safety Administration (FMCSA) is mulling over the possibility of giving motor carriers regulatory flexibility or other benefits if their safety efforts go beyond minimum requirements, the agency’s chief safety officer said recently.

Speaking to an American Trucking Associations Safety Policy Committee at the group’s annual meeting in San Diego, Jack Van Steenburg also told carriers in response to a question that they can forget about the idea that FMCSA might allow carriers to use hair follicle testing instead of urine testing for controlled substances.

On the regulatory flexibility issue, Van Steenburg told the committee that he and Bill Quade, FMCSA’s associate administrator for enforcement and program delivery, are heading up a team to look at what Van Steenburg calls “alternative compliance” – recognizing carriers for steps they take to increase safety that aren’t required by regulation.

Alternative compliance might involve use of safety technologies or perhaps safety management practices – driver health and wellness programs, fatigue management programs or use of the Pre-employment Screening Program – that go beyond what is required.

A broader question, however, is whether fleets should even get credit for such activities, Van Steenburg said, noting that one school of thought is that these are the types of investments carriers should be making anyway. FMCSA is planning to invite public comment in the Federal Register on these questions – whether alternative compliance is appropriate and, if so, what technologies and programs should be recognized for it.

Van Steenburg told the committee that alternative compliance was one of two topics addressed in a recent meeting with ATA Chairman Phil Byrd. Another one was the desire for FMCSA to recognize safe drivers in some way so that drivers could receive praise from the agency for doing the right things and not just punishment for doing wrong. Such recognition would go beyond recognizing ATA’s own programs for recognizing good drivers and would encompass the entire industry.

Regarding hair follicle testing, Van Steenburg said the Dept. of Health and Human Services (HHS) doesn’t allow it as an alternative to urine testing, and “it’s not going to happen.” Hair testing can detect drug use over a longer period of time than urine testing. But while HHS won’t allow hair testing, it is looking at other methods, including testing saliva, he said.

Van Steenburg’s remarks also addressed FMCSA’s five priorities for the fiscal year, which began Oct. 1. High on the list is completing the rulemaking to mandate electronic logging devices (ELDs). “We believe it’s the right thing to do. Hopefully we will get this done in 2015.”