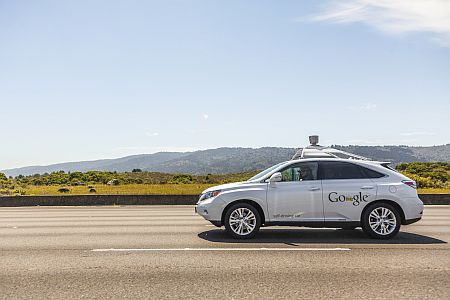 A senior executive of XPO Logistics, one of the largest and fastest growing U.S. third-party logistics providers, says the company sees potential in driverless trucks and is closely following advancements in the technology.

“We’re excited about driverless trucks,” said Scott Malat, chief strategy officer. “There are all kinds of implications for our industry.”

Though years away, interest in driverless trucks has been heightened by the worsening U.S. driver shortage and estimates that hundreds of thousands of drivers will be needed in coming years with no clear indication of where they will come. He admitted that many aren’t yet believers and that driverless trucks are still many years away.

“People are incredibly skeptical about this trend, he said, but added, “I was recently with automakers who said they will be here between 8-12 years from now, which isn’t that far away.”

“I would rule out driverless trucks, never say never, but I have a hard time envisioning how that works,” said YRC Worldwide CEO James Welch.

Malat focused on the opportunities for improving efficiency in trucking, in particular eliminating the estimated 20 percent of total miles driven empty experienced by smaller truckers and 10 percent by large fleets.

“With driverless trucks we could have more information on where truck flow is, and based on that info on where trucks are you can ask how you can more efficiently use those trucks across networks, he said.