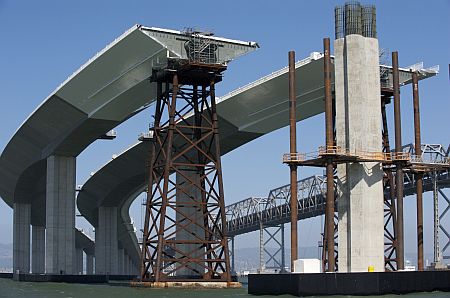 Patrick Jones, executive director of the International Bridge, Tunnel and Turnpike Association, says state and local governments now must take the lead in dealing with the transportation issues.

“The transportation ballot initiatives in Maryland, Massachusetts, Texas and Wisconsin are strong evidence that states are not waiting for the federal government to act,” he explained.

In Massachusetts, voters eliminated a provision by a margin of 53 percent to 47 percent to adjust the state’s gasoline and fuel taxes every year based on the annual percentage change in the Consumer Price Index (CPI).

David Paleologos, director of the Suffolk University Political Research Center, said that polls showed Massachusetts residents were “skeptical of automatic increases” and “don’t want any taxes automatically tied to anything.”

Yet in Wisconsin and Maryland, voters agreed to state constitutional amendments that created “lock boxes” for transportation funds, meaning such monies cannot be spent on anything but transportation needs such as road and bridge repairs.

Taken in total, Joseph Kane, a researcher with the Metropolitan Policy Program at the Brookings Institution, said such ballot initiatives indicate the general public is becoming far more engaged in transportation issues.

“If anything, it’s a recognition that if something is to be done about transportation, it’s going to be done at the local and state level,” he said. “The public sees the impact of transportation on their lives every day and so the attention this issue is receiving at the ballot box shows their growing awareness of problems.”

The approval in Texas to partially fund state transportation needs with oil and gas revenues – which could add as much as $1.7 billion extra per year to the Texas Department of Transportation’s budget – can be seen as a positive influence on national transportation policy as ways continue to be sought in Congress to restock the highway trust fund (HTF), Kane added.

“Any means that gets support to patch up the HTF will be looked at,” he noted.