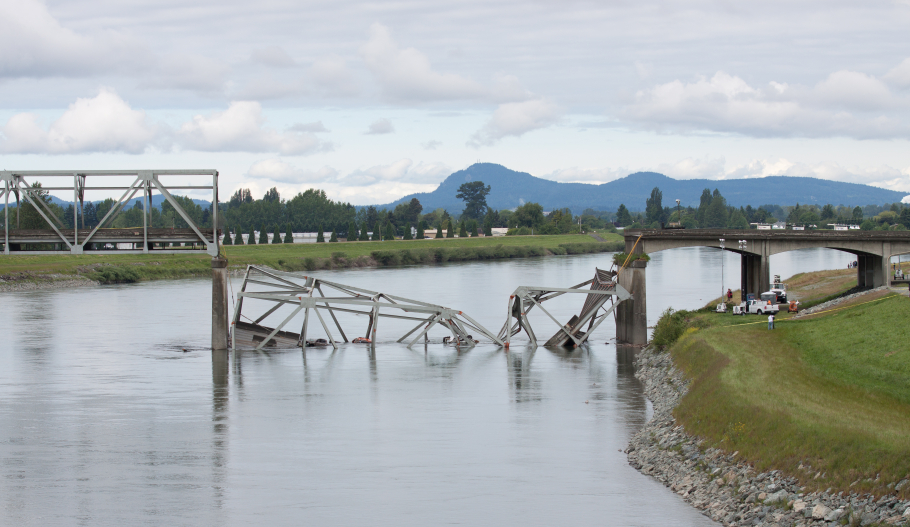 A Washington state bridge collapse that sent two cars tumbling into a frigid river last year was primarily the result of negligence on the part of a commercial truck driver who should have known his rig was too tall to clear the span, the state patrol said, according to a Reuters report.

The truck hauling an oversized load clipped the truss of the Skagit River Bridge along Interstate 5 in May 2013, causing a section of the span about 55 miles north of Seattle to buckle.

The truck made it across the bridge, which is on the principal highway between Seattle and Vancouver, Canada, before the collapse but two cars fell to the river and three people suffered minor injuries.

A report released by the Washington State Patrol said a number of factors contributed to the accident but laid blame primarily with driver William Scott, who was employed by Canada-based Mullen Trucking.

“It was Scott’s responsibility to know that the height of his load would clear structures such as the Skagit River Bridge,” it said.

The report noted that a pilot vehicle, affixed with a 16-foot pole used to ensure the trailing truck could clear overhead structures, struck the bridge’s truss ahead of the collapse.

But the driver of the pilot vehicle, Tammy Detray, was not far enough ahead of Scott to have been able to adequately relay a warning, the report found.

“Detray never alerted Scott of a low clearance on the bridge,” the report said. “Even if Detray alerted Scott to a clearance issue, this time and distance would not have been sufficient.”

The driver was ticketed but no criminal charges were filed.

The Washington State Patrol report comes four months after the National Transportation Safety Board report that pointed to a series of failures, including errors made by the truck driver and the pilot car driver, in the collapse.

The report also criticized Washington state procedures for permitting large loads, saying there was no process in place to ensure a trucking company’s proposed route would avoid infrastructure for which it was too wide or too tall.

A replacement span across the Skagit River was completed in September 2013 with an increased vertical height.