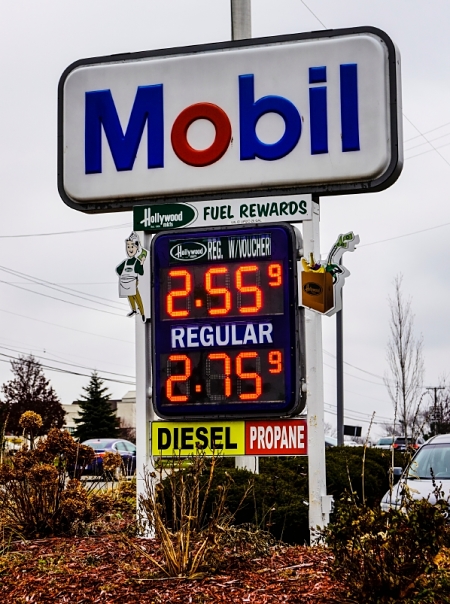 Plunging fuel prices and an improving U.S. economy is a two-pronged piece of good news for the trucking industry, according to Zacks Equity Research.

Zacks reports that with fuel cost accounting for a considerable portion of expenses of trucking companies the drop in prices is critical. With declining trucking costs, business enterprises are increasingly opting for trucks for product shipment instead of railways and other means of transportation.

The research firm says the trucking industry is poised to benefit in two ways. Lower oil prices will reduce their operating expenditure thereby boosting the bottom line. On the other hand, capacity constraint in the form of driver shortage and new government regulation will drive top-line growth.

“If the overall cost for the shipper, which is your rate plus your fuel charge, is going to go down, then they may be a little bit more willing to pay that increase,” said Eric Fuller, chief operating officer for U.S. Xpress Enterprises Inc. “It definitely won’t hurt our ability to get rate increases,” added Fuller, whose company operates about 7,000 trucks.

The U.S. trucking industry has been witnessing a gradual improvement in 2014. As the U.S. economy continues to grow, demand for carriage also becomes robust and the momentum is expected to sustain in the long run. Growing demand for carriage coupled with severe shortages of drivers will result into higher freight rates and increased asset utilization rates in near future, according to the firm.