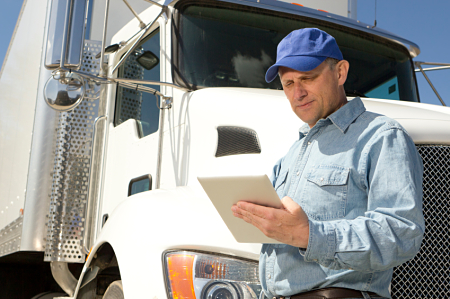 The American Trucking Associations (ATA) reports that results of a survey of 130 fleets and more than 130,000 drivers shows that the median pay for drivers is on par with the national median and the industry offers drivers “competitive” benefits.

“The data in our Driver Compensation Study shows that now more than ever, trucking is an excellent career path,” said ATA Chief Economist Bob Costello. “Fleets are raising pay and offering generous benefit packages in order to attract and keep their drivers in the face of a growing driver shortage.”

Among the study’s key findings are the following:

“As the economy grows, we are seeing an ever more competitive driver market,” Costello said. “The data in this report will be critical for fleets looking to recruit and retain the best drivers.”

Two other wage-related surveys recently released delve deeper into the topic of worker’s pay and the factors that determine whether employees or satisfied or not.

Monster Worldwide and the Wage Indicator Foundation combined on a survey effort that finds that a significant portion of U.S. workers are dissatisfied with pay rates though they do place a premium on satisfaction with colleagues.

This is an indication that in some cases the strength of interpersonal interaction at work may trump wage levels to a degree, according to Joanie Courtney, a vice president at Monster.

“Today we see a rapidly shifting, dynamic labor market, with pockets of tight demand and others of tight supply,” she explained. “This has made keeping current employees a priority for many employers, so while making room in budgets for pay increases isn’t always an option, there are other things that employers can do to keep employees happy and motivated to work hard.”

For truck drivers, however, interpersonal interaction at work is often limited by the nature of the solitary lifestyle associated with the profession.
The Workforce 2020 survey, which polled 5,400 employees and executives in 27 countries, confirmed that 66 percent of respondents cited compensation as the most important attribute of a job.

Conducted by Oxford Economics, the survey found a cross-generational consistency in that 41 percent of Millennials and 38 percent of non-Millennials say higher compensation would increase their loyalty and engagement with the company.

While higher pay can attract new employees it does not have the power to keep them there. If employees feel under-compensated for the value they provide they will seek out new opportunities, according to Oxford Economics.

Wharton School Professor Peter Cappelli said the trucking industry has been slow to understand this. He says real wages for truck drivers have fallen by nearly 10 percent over the past decade.

Recent moves by a number of trucking companies to raise wages has been driven by a crippling driver shortage that has hampered the industry’s ability to meet demand.

Cappelli says the trucking industry will either have to raise wages to attract the drivers it needs or the industry will start hearing that we need to import more foreign drivers because Americans do not want to drive trucks.

A number of major trucking firms announced pay increases in 2014 and the list is expected to grow in 2015.