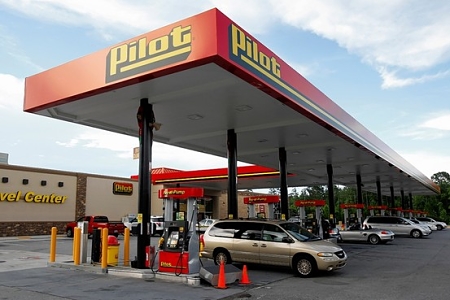 A federal judge in Kentucky is asking for more information about business arrangements between Pilot J truck stops and several trucking companies.

U.S. District Judge Amul Thapar asked attorneys to provide more details about what Pilot J had promised the trucking companies. The request came during a motion by Pilot J to dismiss lawsuits against the company.

Several trucking firms filed lawsuits against Pilot J for fraud, saying they were cheated out of fuel rebates and discounts promised by the company.

Leonard Leicht, an attorney for National Retail Transportation and Keystone Freight, said the additional information requested by the judge would shed more light on the scope of the scheme.

“We look forward to Pilot actually coming clean and giving us the exact information, which will enable us to calculate damages based on the actual cost of the fuel,” Leicht said.

The case has been a high profile one largely due to the fact that Pilot J is owned by Cleveland Browns owner Jimmy Haslam and Tennessee Governor Bill Haslam.

Jimmy Haslam, Pilot’s CEO, has said he had no knowledge of the scheme. Bill Haslam holds an undisclosed ownership share in the company but has said he is not involved in Pilot’s day-to-day operations.

Jimmy Haslam has not been charged with any crime.

Pilot agreed to pay $92 million in fines and accept responsibility for the criminal conduct of its employees while the government agreed not to prosecute the company. The agreement required Pilot to comply with several conditions, including cooperation in the investigation of people who may have been involved in the fraud. It did not protect any individual at Pilot from prosecution.

Most of the lawsuits against Pilot were resolved by a class-action settlement, in which Pilot agreed to pay out nearly $85 million to 5,500 customers. Several trucking companies opted out of the settlement to pursue their own suits.

“The class-action settlement grossly undersold the amount of the damages,” said Leicht.

The remaining lawsuits were consolidated in U.S. District Court for Kentucky’s eastern district.