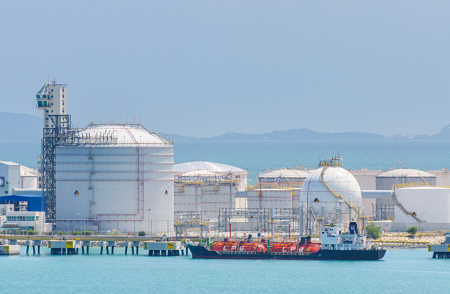 While truckers and consumers are enjoying five-year lows at the pump, clean fuel alternatives are suffering.

Biodiesel fuel producers, who use vegetable oil and animal fats, have cut prices and margins in an attempt to stay competitive with diesel fuel, which is down 20 percent from a year ago.

“The producers have to be getting murdered,” said Steven Boyd, senior managing director at Sun Coast Resources Inc., a Houston-based distributor of petroleum and alternative fuels. “And the consumer puts a smile on his face and drives down the road another mile.”

Joe Gershen of the California Biodiesel Alliance says it will be an uphill battle for any new production to come online in this business climate.

Makers of corn-based ethanol are feeling a similar squeeze. Low corn prices pushed U.S. ethanol production to record levels last year, with producers enjoying robust margins. Corn has rebounded about 25 percent since October, however, while ethanol prices are down as stockpiles of the fuel have surged.

“We still see a positive margin, but not nearly what we saw last calendar year and last quarter,” said Jim Seurer, CEO of Glacial Lakes Energy LLC, an ethanol producer based in Watertown, South Dakota. Seurer said he has no plans to scale back production as long as margins remain positive.

Though larger than the biodiesel sector, ethanol still represents a tiny fraction of the U.S. fuels market. The U.S. consumed about 18.96 million barrels of oil per day last year, with ethanol accounting for about 888,000 of those barrels.

The drop oil in prices is also slowing the shift to natural gas. While natural gas is still cheaper than diesel, the tighter price difference means it will take longer for truckers to recover the average $50,000 additional cost of a natural gas-powered truck.

“We have seen customers that we thought would have pulled the trigger by now say ‘We’re just going to hold off a little bit and watch what fuel pricing does,'” said Robert Carrick, natural gas sales manager for Freightliner, a brand owned by top U.S. truck maker Daimler Trucks North America LLC.