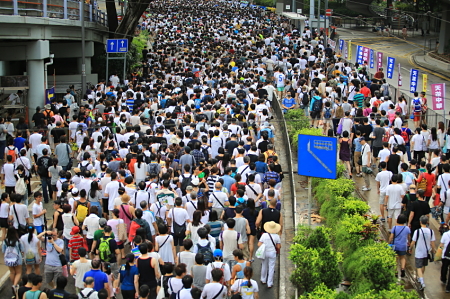 Massachusetts lawmakers are proposing getting tougher on protesters who block highways.

Rep. Colleen Garry has filed legislation that proposes making it a felony to block highways. If approved, her bill could result in stiffer penalties for those who participate in protests such as the ones that recently blocked Interstate 93 in two different places during the height of the morning rush hour.

Garry said everyone has a right to protest, but she was outraged by the recklessness of the action.