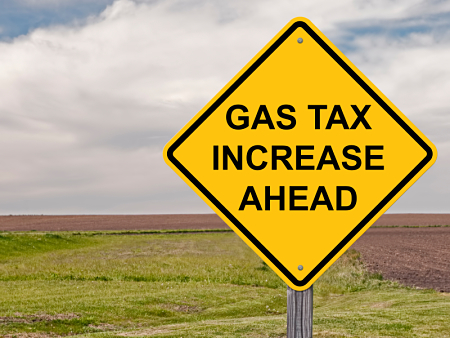 The U.S. Chamber of Commerce, AAA auto club and American Trucking Associations are urging Congress to raise the federal gas tax to close a transportation funding shortfall that has reached an estimated $16 billion per year.

“There are many challenges that Congress must address this year, but we believe that finding a solution for funding the Highway Trust Fund is at the top of that list,” the groups wrote in a letter to Congress.

“While no one wants to pay more, we urge you to support an increase to the federal fuels user fee, provided the funds are used to ease congestion and improve safety, because it is the most cost efficient and straightforward way to provide a steady revenue stream to the Highway Trust Fund.”

“I know the popular thing that a lot of people are talking about is the gas tax. But I just don’t believe the votes are there in the Congress at this point to do that,” Shuster said in a recent speech to the U.S. Conference of Mayors in Washington.

“It seems that … the number one source that’s being talked about is this repatriation of funds,” Shuster continued. “So as we go through this process and tax reform, it’ll be part of tax reform. We’ll figure out how to get there.”

Other lawmakers, including a few influential Republicans in the Senate, have indicated that they would be open to raising the gas tax now that prices at the pump have fallen to their lowest levels in years.

In their letter, the groups said there is wide support among voters for fixing the nation’s transportation infrastructure, though polls have shown drivers are opposed to paying more at the pump to help solve the construction funding crunch.

“Americans are frustrated with our nation’s crumbling infrastructure, including increasingly congested highways and deficient roads and bridges,” the groups wrote.

“Thirty-two percent of major roads are in poor or mediocre condition. This neglect costs the average driver $324 each year in additional vehicle repairs and operating costs. Fortunately, there is a simple solution to address this issue in the near-term: raise the federal fuels user fee, provided the funds are used to ease congestion and improve safety.”

The gas tax, which predates the development of the Interstate Highway System, has been the traditional source for transportation projects since its inception in the 1930s.

The tax, which has not been increased since 1993, brings in about $34 billion per year. The federal government typically spends about $50 billion per year on road and transit projects, and transportation advocates have maintained that the larger figure is only enough to maintain the current state of the U.S. infrastructure network.

The current transportation funding bill, which authorizes the collection of the gas tax at its current rate, is scheduled to expire in May.