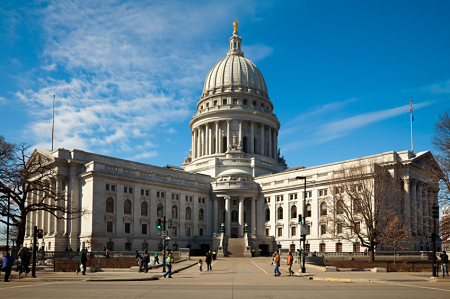 Wisconsin Gov. Scott Walker says he would rather rely on $1.3 billion in bond revenue to fund transportation improvements rather than a gas tax increase some in his state are pushing.

According to a report in the Milwaukee Journal Sentinel, Walker wants to increase the state’s bonding for transportation by 30 percent.

“Governor Walker’s goal, as stated multiple times, is to lower the burden on the hardworking taxpayers of the state every year he is in office while continuing to invest in his priorities,” said Walker spokeswoman Laurel Patrick. “Governor Walker’s plan holds the line on taxes and fees while making vital investments in our infrastructure.”

Walker doesn’t want new borrowing for buildings because the state has $858 million in existing bonding authority that it can use for planned projects.