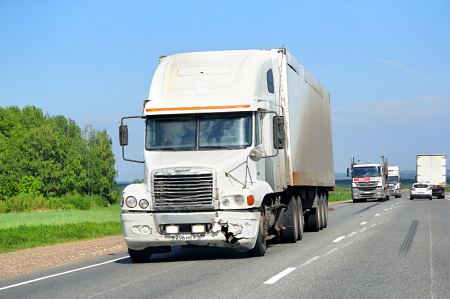 Four highway safety groups have petitioned the National Highway Safety Administration (NHTSA) to require large trucks and buses to install technology that alerts the driver to stopped traffic ahead and brakes the vehicle if the driver does not respond, according to an Associated Press report.

The safety groups are asking that trucks weighing more than 10,000 lbs. be required to use the devices. They say more than 2,500 crashes per year could be prevented.

The systems use radar, cameras and onboard computer systems to detect objects in front of a vehicle. Many top-end passenger cars already feature the technology.

The groups report that there were 32,000 crashes involving trucks rear-ending other vehicles from 2003 to 2008. They say only three percent of the three million tractor-trailers on the road currently use the technology.

“The safety technology is available to reduce the carnage on America’s roads resulting from rear-end crashed by large trucks,” said Henry Jasny, senior vice president of Advocates for Highway and Auto Safety.

The American Trucking Associations said it will review the data before taking a position but “supports proven safety technologies that prevent crashes and therefore save lives,” according to spokesman Sean McNally.

Data from 2013 released by NHTSA showed the number of U.S. deaths in wrecks involving large trucks — including rear-ended collisions — rose slightly to 3,964, even though the number of traffic deaths nationwide dropped about three percent.