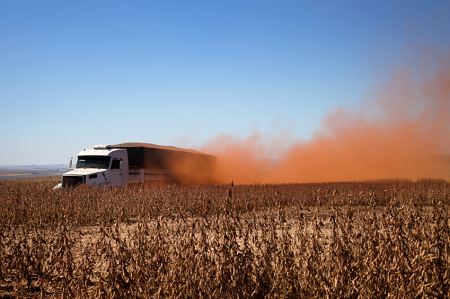 The American Soybean Association (ASA) wants Congress to increase truck weight limits on U.S. highways, according to an association report.

ASA is pointing to a recent study by the Soy Transportation Coalition (STC), “Heavier Semis: A Good Idea?” which considers raising the weight limit from the current 80,000 lbs. with five axles to 97,000 lbs. with six axles.

The study looked at the impacts on motorist safety, infrastructure wear and tear and potential cost savings.

The STC study provides additional support and justification that increasing trucking capacity can be done with no adverse impact to safety while providing significant economic benefits, according to ASA.

ASA holds that increasing truck weight limits on federal highways will not compromise safety and would result in fewer semis on the road. The studies and analysis also show that the braking distance of a six-axle truck weighing 97,000 lbs. is the same as a five-axle, 80,000 lb. truck. The STC study projects such an approach in the U.S. would result in 98 fewer motorist fatalities by 2022.

The full study, “Heavier Semis: A Good Idea?” can be accessed at www.soytransportation.org.