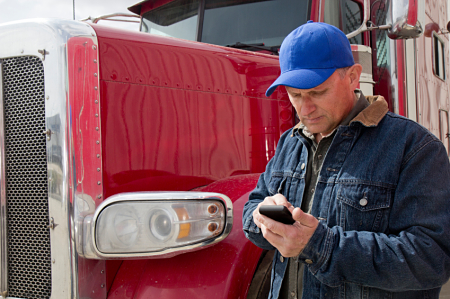 Truckers with smart phones will soon be able to find parking spaces along Interstate 75 in eastern Tennessee by using new high-tech research sites, according to a news report in the Chattanooga Times Free-Press.

According to the article, Tennessee DOT (TDOT) and the Federal Motor Carrier Safety Administration (FMCSA) are teamed up on the “SmartPark” project.

SmartPark consists of one study site already opened on the northbound side of I-75 at the rest area near the 45-mile marker south of Athens, Tenn., and another developing site at northbound mile marker 23 south of exit 25 in Cleveland.

Officials say the idea is to allow the two sites to be networked in real time so truckers can be diverted from one site to the other when spaces fill up, so they will have time to rest.

“TDOT operations crews are reworking the old parking area to accommodate several parking spaces for the project,” Flynn said. “Five spots will be set aside for reservations while the other spots will be available on a first-come, first-served basis to truckers traveling the I-75 corridor.”

According to federal officials, the idea for SmartPark began developing more than a decade ago with a 2000 National Transportation Safety Board recommendation that the administration create a paper guide to inform truckers of locations and availability of parking.

SmartPark is “intended to reduce driver fatigue, help drivers adhere to their hours of service and enhance truckers’ driving experience by increasing the accessibility of truck parking,” according to the SmartParking USA website. Truck parking was first identified as a nationwide problem in the mid-1990s after Congress asked that the issue be examined by the U.S. Department of Transportation.