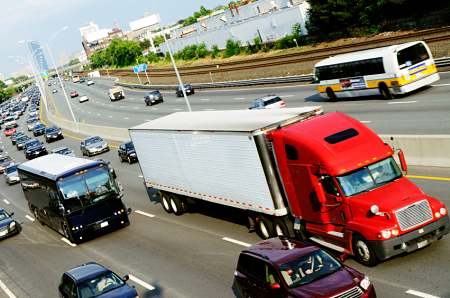 The American Trucking Associations (ATA) and a coalition of 37 other organizations warned Congress about the dangers of devolving the federal highway program and urged passage of a robust, long-term highway bill that secures the federal role in transportation, according to an ATA press release.

“As the nation’s primary movers of interstate commerce, a uniform transportation system is of paramount importance,” said ATA President and CEO Bill Graves. “Congress should reject dangerous calls to abdicate its Constitutional responsibility to manage and fund the federal highway program and pass a strong, long-term highway bill this spring.”

In the letter, ATA and its allies told Congress they “strongly oppose ‘devolution’ proposals such as the ‘Transportation Empowerment Act,’ previously introduced and considered in the 113th Congress.  TEA is an ill-conceived proposal that would strip away most federal funding for surface transportation projects, essentially eliminating the federal government’s constitutionally mandated role in promoting interstate commerce.”

Although soundly defeated last year, supporters of TEA, which would saddle states with 90 percent of the responsibility for maintaining a system that carries 55 percent of all traffic and 97 percent of truck traffic and underfunds the Interstate system by $9 billion, intend to press for another vote.

“Congress soundly rejected the devolution idea last year, and they did so for good reason,” Graves said. “Our economic health depends on modern infrastructure and rehashing settled issues like this delay real action to address the nation’s pressing need for improved roads and bridges. There are no Democratic bridges or Republican roads, Congress should stop putting off real action and pass a long-term bill before the current authorization expires in May.”