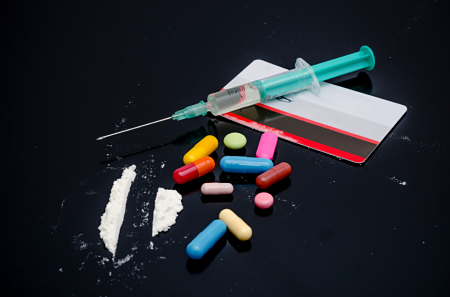 U.S. Senators John Boozman (R-Arkansas) and Joe Manchin (D-West Virginia) recently introduced legislation that would allow the Department of Transportation to recognize hair testing as an alternative option for trucking companies to conduct drug testing, according to a Senate news release.

The rationale for the bill is that when it comes to detecting employee drug use, urinalysis is regarded as often less effective in detecting substance abuse — as it provides only a two-to-three-day window for detection — while hair testing provides a 60- to 90-day window.

The U.S. trucking industry wants it approved. The American Trucking Associations (ATA) is urging lawmakers to support this bipartisan legislation as it would “allow trucking companies to use a highly effective tool — hair testing– to meet federal requirements and prevent drug users from getting behind the wheel of trucks.”

“ATA is committed to improving highway safety, including doing all we can to prevent individuals who use drugs or alcohol from driving trucks. ATA’s advocacy [of mandatory drug and alcohol testing] has resulted in a steady decline in the small percentage of drivers who use drugs, and hair testing is the next logical step,” said ATA president and CEO Bill Graves. “While trucking’s positive testing rate is remarkably low, Congress should provide a means for fleets, as part of the DOT testing regime, to further identify and eliminate from the industry those who don’t share the industry’s commitment to highway safety,” he added.

According to ATA, some fleets voluntarily conduct hair tests, in addition to mandatory urine tests, to identify habitual drug users who may otherwise briefly abstain from use or otherwise attempt to “beat the test” to gain trucking employment. But the U.S. government requires that urinalysis testing also take place.

“This legislation eliminates the duplicative drug-testing process and allows trucking companies to use the more effective option, without having to pay for two tests,” said Sen. Boozman.

But under the current law, trucking companies that choose to use hair testing for more accurate test results must bear the added cost of administering both types of testing.

“Preventing drug-users from operating commercial trucks will improve safety on our roads and enhance industry standards,” Boozman said. “This legislation eliminates the duplicative drug-testing process and allows trucking companies to use the more effective option, without having to pay for two tests.”

“Americans rely every day on the safety of our roads and highways as they commute to their jobs, travel to schools and recreational activities, and transport goods and products across the country,” Manchin said. “That is why this commonsense legislation is so important. By allowing companies to use more accurate alcohol and drug testing techniques to test those operating commercial vehicles, we will not only help combat the fight against substance abuse, but we will also help improve the safety of our roads.”