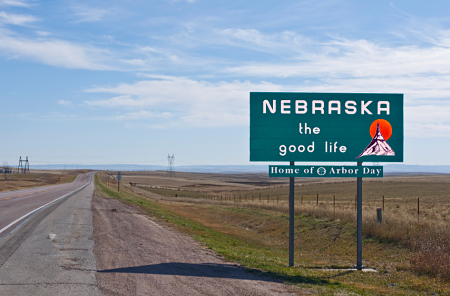 Nebraska lawmakers sent a gas tax increase to Gov. Pete Ricketts last week and he promptly vetoed it, calling the measure unnecessary and regressive, according to a report in the Lincoln Star-Journal.

The Legislature proposed an increase of 6 cents a gallon over four years.

“I remain committed to addressing our state and local infrastructure needs,” the governor said in his veto letter to lawmakers. “This is an area that is vital to our continued economic growth.
“I cannot, however, support raising taxes as the first solution to this issue.”

The increase was expected to raise more than $75 million a year once fully implemented. That money would have been spread among the state, counties and cities to help address a multimillion-dollar backlog in road and bridge repair and construction.

“There’s just simply no way of doing that with gains in efficiencies,” said Papillion Sen. Jim Smith, chairman of the Legislature’s Transportation and Telecommunications Committee and sponsor of the gas tax bill.

Ricketts said lawmakers should wait until his new roads director, Kyle Schneweis, can explore options such as toll roads and regulatory changes that could reduce the burden on local governments.

And he questioned estimates cited by proponents of the increase, which peg the unmet need over the coming decades in the billions of dollars.

“We have the resources right now to address our needs on roads,” the governor said in an interview. “We’re just raising money to throw money at the problem.”

Nothing in Smith’s bill requires counties to cut property taxes, he said.

Smith plans to file a motion to override the governor’s veto. The increase passed on a 26-15 vote, four short of the 30 votes supporters would need to surmount Ricketts’ veto. But Smith said he is confident his measure will have the necessary backing.

“I’ve always been confident that I have the votes,” he said.

Opponents battled through two rounds of debate earlier this spring but allowed the bill to pass without attempting a filibuster.

“That tells you that the cloture votes were there and the opposition knew it,” Smith said.

Gaining cloture would have required 33 votes.

Omaha Sen. Bob Krist said he didn’t want to weigh in unless his vote was needed.
He wants to make sure lawmakers consider redirecting more roads funding to local governments, something Smith has said his committee will examine over the summer.

“I’ll vote for (LB610) if indeed that’s what happens,” Krist said. “I have the word of my colleague, and that’s good enough for me at this point.”