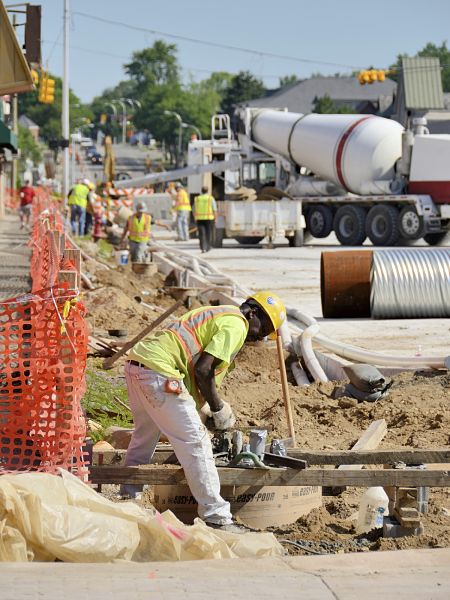 Two days prior to the July 31 deadline, the House passed a three-month extension of the highway funding bill, averting a halt in federal funding for roads, bridges and mass transit projects, according to a report in USA Today.

The Senate passed the bill on July 30. Senators voted 91-4 to pass the short-term extension, which keeps the trust fund solvent through Oct. 29. President Obama said he will sign the legislation, which ensures that states continue to receive reimbursement from the federal government for highway and mass transit projects.

The Senate also voted 65-34 to pass a six-year highway bill that they plan to use in negotiations with the House this fall in an effort to reach a deal on long-term funding. States complain that they are unable to plan and construct major projects because Congress keeps passing bills that fund transportation for only a few months at a time.

About 65 percent of America’s roads are rated in less than good condition and 25 percent of bridges need to be replaced, according to the Department of Transportation.

While the move will prevent a crisis, it does not give states the long-term funding they were seeking to help them plan and construct major transportation projects that take years to complete.

This is the 34th time since 2009 that Congress has passed a short-term fix instead of the traditional six-year highway bill. The latest extension gives Congress about two months after it returns from its August recess to try to reach agreement on a long-term bill.

Senators had hoped to persuade House members to take up legislation that would have authorized highway funding for six years and provided a total of about $47 billion in additional funding for the first three years. But House leaders said they needed more time to review the Senate’s 1,030-page bill before deciding whether to take it up or offer an alternative.

House leaders also decided to leave town early for the August recess, cancelling a July 30 session so they could head home. The Senate was not scheduled to adjourn until the first week in August.

“A multi-year bill is now our joint goal,” said Senate Majority Leader Mitch McConnell, R-Ky. “That’s important for our country. We know it represents the best way to provide state and local governments with the kind of certainty they need to focus on longer-term road and bridge projects.”