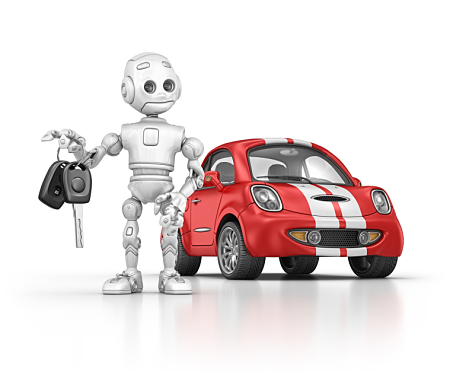 The revolution in self-driving vehicles could see as many as 8.7 million Americans lose their jobs in the trucking industry alone, according to a report in the Daily Caller.

According to a report from BBC’s Rachel Nuwer, there are 3.5 million truck drivers in the U.S. and a further 5.2 million additional personnel in the sector. However, small towns and communities that rely on truckers for business could see a sharp fall in economic activity.

Truck driving is one among many jobs that have remained impervious to technological changes in the past 30 years, but still comes with a reasonable pay packet. The report cited data from the census bureau showing that trucking was the most popular job in 29 states.

But with some of the country’s largest tech companies working to develop their own self-driving cars, trucking, and delivery services could be in the front of the line for replacement. In fact, Uber’s CEO has offered to buy Tesla’s first half-million autonomous vehicles.

“Uber could solve its driver problem if it could just get rid of them,” writes Gina Hall of Silicon Valley Business Journal, emphasizing Uber’s continuing legal problems with its work force.

Proponents of self-driving vehicles argue they will be a double benefit for consumers. Firstly, automated vehicles are likely to be far safer than their human counterparts as they can discount human error. In the U.S., 4,000 people are killed every year due to truck crashes. Second, automated trucks wouldn’t require breaks and could save time and money delivering good more efficiently.

The coming revolution in automation could affect middle-class jobs in office and administration, sales and services. In 2013, a paper published by Oxford professors Carl Benedikt Frey and Michael A. Osborne concluded as much as 47 percent of jobs are at “high risk” of replacement thanks to automation.

While these kinds of jobs may be in danger there is still a host of activities where humans retain the top spot. These are jobs that require entrepreneurial thinking and deeply human qualities such as emotional intelligence. Jobs in the arts and personal care are likely to remain human-dominated for some years to come.