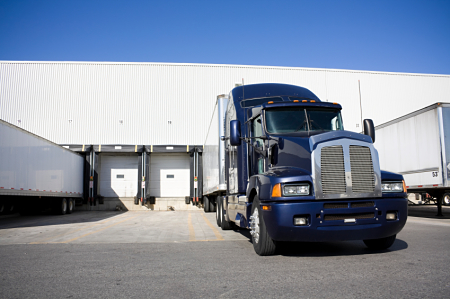 Investors are pouring millions of dollars into startups hoping to disrupt the $700 billion trucking industry, the latest example of Silicon Valley’s efforts to upend the traditional economy, according to an article in the Wall Street Journal.

A series of startups are vying to become an “Uber of trucking,” leveraging truck drivers’ smartphones to quickly connect them with nearby companies looking to ship goods. The upstarts aim to reinvent a fragmented U.S. trucking industry that has long relied on third-party brokers, essentially travel agents for trucking who connect truckers with customers.

Mr. Partovi and others are eyeing an industry that generated $700 billion in revenue last year. By comparison, he said most startups aim for markets of $1 billion to $2 billion.

The startups face big hurdles, including risk-averse shippers and technology-averse truckers. Analysts say the newcomers might be effective arranging local deliveries, but say that is a fraction of the overall trucking market.

“Truckers are very reticent to adopt the technological options that are out there,” said Jack Atkins, a transportation analyst with investment bank Stephens Inc. “There are a lot of moving pieces, and I don’t see an app from a non-industry player—just given the complexities of the truckload market—really coming in and having a disruptive impact.”

The newcomers are targeting both full truckloads and smaller shipments of a pallet or large box.

Convoy, incorporated as Greypoint Inc., says it enables companies looking to ship goods locally to order a job on its website, get an instant price, and track the shipment in real time. Convoy sets the price, based on a formula.

Mike Williams, global supply chain director for World Vision, a Christian humanitarian organization, said that in two months of using Convoy, the service typically connects him with a trucker within four to five minutes, compared with hours for some brokers. Mr. Williams said that speed is key because the organization books at the last minute for many of its 3,000 domestic shipments a year of items such as clothing, furniture and school and medical supplies.

At least seven other startups are targeting a similar market, including KeyChain Logistics, Transfix and Trucker Path, which raised $20 million in July.

Los Angeles-based Cargomatic Inc. aims to fill empty space in trucks by connecting companies wanting to ship items with truckers headed their way. The two-year-old company, which has 58 employees and $12 million in funding, has facilitated tens of thousands of shipments in New York and Los Angeles so far this year, CEO Jonathan Kessler said.

Mr. Kessler said Cargomatic aims to apply principles from the “sharing economy” pioneered by Uber and Airbnb to local trucking. “That means trucks are fuller more of the time and are taking shorter routes to pick up shipments,” he said.

“You can’t have 1 million small trucking companies without brokers, but they’re taking a hefty fee without adding much value,” he said, noting that the fee averages roughly 20%. Mr. Lewis said Convoy’s fee varies, but is less than 20%. “This makes it so much more efficient and (truckers) can make so much more per job.”

XPO Logistics Inc., which brokers freight as part of its portfolio of services, said it is investing millions of dollars in technology. “Many aspects of transportation brokerage will ultimately be disrupted by technology, but we are likely to be the disrupter rather than the disrupted,” said XPO CEO Bradley Jacobs.

Freight trucking isn’t the only logistics industry in the middle of a potential transformation. For small parcels, such as e-commerce deliveries, Uber and others are trying to take business from delivery giants United Parcel Service Inc. and FedEx Corp.’s same-day delivery business. For larger, long-haul items, there is Roadie Inc., which aims to entice college students and other travelers to earn extra pocket money by delivering packages on the way to where they are already going.