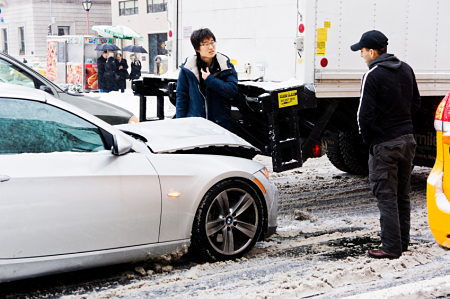 For years the auto industry fought the mandating of various safety technologies. Airbags, for example, were opposed by most car companies for decades before they became required equipment on all passenger vehicles starting in 1989.

But the auto industry has been extraordinarily open to voluntarily adding an important and potentially life-saving active safety technology known as automatic emergency braking (AEB) that can automatically apply a car’s brakes to prevent or mitigate damage in anticipation of a forward collision. And now the trucking industry is following suit, according to an article in Forbes.

Last month, in conjunction with the National Highway Traffic Safety Administration (NHTSA), 10 automakers announced that they plan to add AEB to future vehicles. “We are entering a new era of vehicle safety, focused on preventing crashes from ever occurring, rather than just protecting occupants when crashes happen,” Transportation Secretary Anthony Foxx said after the automakers committed to making AEB standard on all vehicles.

But Foxx added that “if technologies such as automatic emergency braking are only available as options or on the most expensive models, too few Americans will see the benefits of this new era.” For these benefit to be realized by all road users, big rigs will also need to include the technology, which is why the trade group American Trucking Associations (ATA) has announced support for federal regulation requiring AEB technology on all new U.S. trucks.

“The experience of our member fleets tells us that automatic emergency braking systems hold tremendous promise,” said ATA president and CEO and former Kansas Governor Bill Graves. “And as such, we believe manufacturers should make this equipment standard and the federal government should seriously look at issuing regulatory standards.”

As with automakers, the trucking industry evidently hopes to leverage the implementation of AEB to win concessions on other issues. While carmakers have historically opposed mandating systems like AEB, the industry trade group the Auto Alliance has proposed more widespread application of active safety or “driver assists” systems such as AEB in exchange for relaxing of CAFE emission standards that will be phased in in the coming years.

Auto Alliance CEO Mitch Bainwol recently proposed before the House Energy and Commerce Committee that the driver assist technology such as AEB will lead to fewer accidents and therefore less congestion and lower emissions. The ATA similarly pointed to its support for the AEB as evidence of its commitment to safety as Congress considered a highway funding bill that could impact trucking regulation, and the industry pushes for increases in limits on truck weights and lengths over the objections of safety advocates.

Regardless of the Washington, D.C., horse trading, the ATA’s backing of AEB regulation is a major step in reducing highway accidents and fatalities, a huge benefit to all road users and a potential boon for companies supplying the underlying technology.