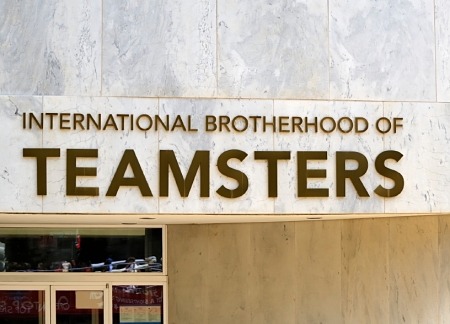 Teamsters General President James P. Hoffa and a collection of lawmakers and truck safety advocates are speaking out against efforts to extend the length of tractor trailers nationwide, saying the move jeopardizes highway safety, according to the union.

Allowing trucks to pull 33-foot trailers would add an additional 10 feet to the length of existing double trailers, making it harder to pass these trucks and harder for truck drivers to see who’s beside them. Longer trucks also need greater stopping distances, and already over-capacity thoroughfares leave little room for driver reaction times when it comes to changing lanes and reduced speeds. While some on Capitol Hill support the move, the Department of Transportation is recommending lawmakers make no changes to truck size rules at this time.

“America’s highways can be a dangerous place for motorists,” Hoffa said. “That’s why it makes no sense that some in Congress want to cave to trucking industry interests and approve the use of even longer double trailers on over-congested highways. Such a move further hampers highway safety and could potentially cause an uptick of deaths on the nation’s thoroughfares.”

More than 4,000 lives are claimed each year on U.S. highways in accidents involving tractor trailers. And that will almost certainly increase if the 39 states that currently don’t allow “twin 33s” on their roads are forced by Congress to open their highways to these up to 91-foot behemoths. Currently, the federal standard is 28 feet for double trailers.

The debate over trailer length comes at the same time as elected officials grapple with a host of transportation-related issues, many of which could affect motorist safety. They include allowing teenage truckers to drive in interstate commerce; trying to dismantle the ability of states to create meal and rest breaks for their drivers; and making it harder for regulators to improve safety rules.