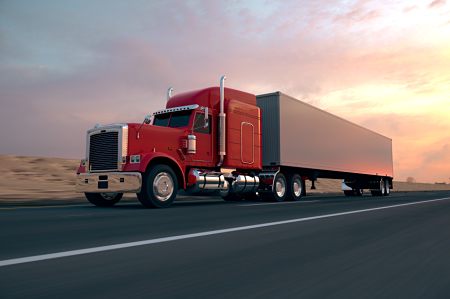 President Obama recently signed yet another bill extending highway funding on a short term basis as Congress tries to come to an agreement on a long-term bill. The new bill extends federal transportation funding through Dec. 4, according to a report in The Hill.

Obama has railed against short-term transportation funding patches, but he signed the bill that was sent to him to prevent an interruption in the nation’s road and transit funding ahead of the busy holiday travel season.

“The House and Senate are making good progress in resolving differences between their respective multi-year surface transportation reauthorization proposals,” House Transportation and Infrastructure Committee Chairman Rep. Bill Shuster (R-Pa.) said in a statement when the highway patch was introduced in the House Monday.

“The conference committee needs the time necessary to meet in public, complete negotiations, and produce a final measure that helps improve America’s infrastructure,” Shuster continued. “This clean extension provides time for that process to occur and for the House and Senate to vote on the final legislation, without shutting down transportation programs and projects in the meantime.”

The temporary highway bill does not include any new money. Lawmakers included enough road funding in the three-month transportation bill that was approved in July to last until the end of the year, in case more time was needed to finish work on a multiyear fix.

The earlier patch was extended in October until Nov. 20. But lawmakers were running out of time to reach a bicameral agreement before the scheduled interruption in road and transit spending, so another temporary extension was rolled out. Congress has not passed a transportation funding bill that lasts longer than two years since 2005, much to the chagrin of infrastructure advocates in Washington.

Both chambers have passed highway bills that contain at least three years of guaranteed transportation funding, but lawmakers are still haggling over a potential bicameral agreement on the disparate measures.

The highway bill that was approved by the House calls for spending up to $261 billion on highways and $55 billion on transit over six years. The legislation authorizes highway funding for six years, but only includes enough money to pay for the first three years.

The Senate passed a similar piece of legislation that also contained three years’ worth of guaranteed highway funding in July.

Lawmakers had hoped to be able to get a multiyear highway bill to Obama’s desk by Thanksgiving, but the goalpost has now been moved to the first week of December.

The Department of Transportation had warned that it would have had to stop making payments to states and local governments for infrastructure projects in November if Congress did not reach an agreement on at least a temporary transportation funding extension.

The Congressional Budget Office has estimated it will take about $100 billion, in addition to the annual gas tax revenue, to pay for a six-year transportation funding bill.