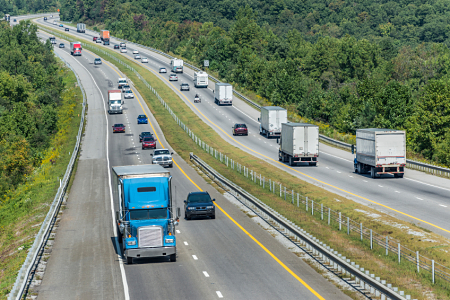 President Obama was expected to sign a highway bill approved by Congress late last week, marking the end of years of stopgap transportation funding measures, according to a report in USA Today.

The $305 billion bill to repair and expand highways, bridges and transit during the next five years was sent to President Obama Dec. 4. A White House spokesman said he would sign it.

The House vote of 359 to 65 and the Senate vote of 83 to 16 provided a rare show of bipartisanship in the often polarized chambers. “Many said a multi-year highway bill would never pass the Senate, but we proved them wrong – and we proved it could actually pass by a wide, bipartisan margin,” said Senate Majority Leader Mitch McConnell, R-Ky., after disputes about taxation and the Export-Import Bank.

The legislation represents a significant accomplishment to provide state and local governments’ greater certainty about transportation funding so they can plan major projects. There have been three dozen short-term extensions since the last four-year bill expired in 2009.

“It will certainly help fix America’s surface transportation infrastructure,” said Rep. Bill Shuster, R-Pa. and chairman of the Transportation and Infrastructure Committee. “All states and communities have significant infrastructure needs and they all need a long-term certainty to address them.”

Despite broad bipartisan support for fixing and expanding roads and bridges, lawmakers struggled to patch together funding to supplement the gas tax that finances the bulk highway trust fund. The next Congress and president will have to decide how to permanently fund the bill’s priorities.

The 1,300-page bill authorizes $281 billion through the Highway Trust Fund and $24 billion through annual appropriations that lawmakers could decide not to supply in a given year, according to Jeff Davis, a senior fellow at the Eno Center for Transportation.

The bill increases highway spending 15 percent by its final year and transit spending 18 percent during that period, according to lawmakers. The appropriations, if approved, would provide $12 billion for mass transit, $10 billion for Amtrak and $1 billion for National Highway Traffic Safety Administration (NHTSA) programs.

“This will be the biggest jobs bill approved in this Congress,” said Rep. Peter DeFazio, D-Ore.

“This bill is a big step forward and a desperately needed long-term investment in our nation’s infrastructure,” said Jay Timmons, CEO of the National Association of Manufacturers.

Obama had proposed a $478 billion bill for six years, half funded by taxing corporate profits now held overseas. But Congress didn’t embark on a corporate tax overhaul, and the Republican majority blocked proposals to raise the gas tax.

Transportation Secretary Anthony Foxx, who traveled on two bus tours and visited 43 states to promote the legislation, said it had been a “bumpy ride” to get a bill completed.

“It’s not perfect, and there is still more left to do, but it reflects a bipartisan compromise I always knew was possible,” Foxx said.

Congress set the gas tax of 18.4 cents per gallon in 1993, and it hasn’t kept pace with construction demands because of inflation and more fuel-efficient cars. The shortfall has forced lawmakers to scramble to find about $15 billion per year to fund transportation priorities.

To bridge that shortfall, the bill would claim $53 billion in Federal Reserve surplus funds during the next decade, $6.9 billion from reducing a Federal Reserve dividend to banks, $6.2 billion from selling a portion of the Strategic Petroleum Reserve, $5.2 billion from indexing fees paid to Customs and Border Protection for inflation and collecting $2.4 billion more by allowing the Internal Revenue Service to hire private tax collectors.

Each of funding sources that were chosen had its critics.

“Banks shouldn’t be used like an E-Z Pass to pay for highways,” Rob Nichols, president of the American Bankers Association, said of the Federal Reserve provisions.

The trade group Airlines for America issued a statement denouncing the Customs fee hike, saying the money should be used for aviation security rather than surface transportation.

“We should not be popping champagne,” said Rep. Reid Ribble, R-Wis., who criticized the petroleum and IRS provisions. “No back-slapping is deserved.”

On another subject, a portion of the bill would revive the Export-Import Bank, which arranges loans for foreign buyers of U.S. products.

The bank’s authorization to offer new loans expired June 30, and critics argued that it should be abolished as “crony capitalism” for providing loans that businesses should obtain elsewhere. But the U.S. Chamber of Commerce among others urged lawmakers to revive the bank that provided $27.5 billion in financing for exports last year

Another provision of the transportation bill would lift the cap on damages in railway accidents to $295 million, from $200 million. The measure would be retroactive to May 12, to cover the fatal Amtrak crash in Philadelphia.

Relatives of the eight people killed and scores injured in that Amtrak crash feared their medical bills and other claims would eclipse the cap. Congress set the cap in 1997, and the increase roughly matches inflation since then.
Safety provisions in the bill include:

– A prohibition against rental-car companies and dealers with fleets of more than 35 cars from renting vehicles that have been recalled but not repaired.
– About $200 million for commuter railroads to install automatic braking, in an effort to prevent collisions and derailment. Crash investigators have said the fatal Amtrak derailment could have been prevented with the braking system called positive train control.
– An increase in the maximum fine to $105 million from $35 million, which the NHTSA could levy against automakers that withhold information on safety defects.
– $21 million for NHTSA to develop in-car alcohol sensors in an effort to reduce drunken driving by disabling vehicles of impaired motorists.

Sarah Longwell, managing director of the American Beverage Institute, which represents restaurants and bars, called the funding a poor use of federal funding. She argued that the devices would eventually be required on all new cars and would be set lower than the 0.08% blood-alcohol levels set by states.

“Technology is an important tool in the fight against drunk driving,” Longwell said. “But we shouldn’t force all Americans to pay for and install these devices in their cars when the vast majority of Americans drink moderately and responsibly or not at all.”