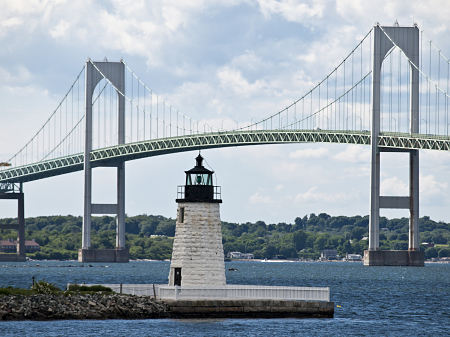 The Rhode Island Trucking Association is no longer working with the lobbying and communications team that has been guiding its opposition to Gov. Gina Raimondo’s toll proposal, just as the plan appears to be gaining steam at the State House, according to Providence television station WPRI.

Fischer, McAuliffe and Taylor did not immediately respond to questions about whether they tendered their resignations.

The shakeup in the industry’s approach to the toll fight comes a day after Raimondo, House Speaker Nicholas Mattiello and Senate President M. Teresa Paiva Weed rolled out a revised version of the proposal that appears to be on the fast track. The House and Senate finance committees have scheduled hearings on the bill in the coming week.

While the revised legislation reduces the maximum toll amounts that truckers would have to pay, Maxwell made clear any compromise that includes tolling is off the table.

“Our strategy has been since day one, no tolls – one toll is too many,” he said. “We still believe the numbers are flawed, and we’re not down at the State House to cut any deals or make nice with anybody. This is a proposition that’s been, from day one, we’re against tolls.”

“We think we were losing our messaging,” he added.

Maxwell told the American Trucking Associations that Raimondo “hasn’t said an educated word about this issue since day one” and that Mattiello “doesn’t really understand trucking.” He also suggested Mattiello is overconfident in predicting he will have enough votes to pass the toll plan in the House.