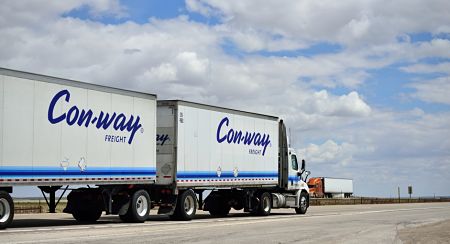 XPO Logistics Inc., which acquired Ann Arbor-based Con-way Inc. in 2015, said it cut approximately 160 positions in its less-than-truckload (LTL) business. The cuts affected administrative, management and back office jobs, according to a report in crainsdetroit.com.

In addition, it eliminated 30 positions in other parts of the company.

XPO purchased Con-way last September for $3 billion. The company estimated that it expected to reduce annual costs by more than $20 million against a targeted operating profit improvement of $170 million to $210 million over two years.

“Our plan for LTL is very much on track for our near-term and long-term goals,” said Tony Brooks, president of LTL for XPO Logistics. “We plan to double the number of strategic account managers over the next few months. Our focus is on growing LTL by expanding our service capabilities and cross-selling LTL to XPO’s full customer base.”

In another move, the CEO of XPO said he is inclined to halt the sale of a long-distance truckload business after offers for the unit were insufficient.

“I’m leaning toward keeping rather than selling it, but no final decision has been made,” said Bradley Jacobs, CEO of XPO.

Greenwich, Conn-based XPO may decide it can reap more profit from the unit by using the parent company’s brokerage business to fill trailers that otherwise would run empty, Jacobs said. Offers haven’t been good enough to sell, he said.

“I’m not sure in this market that we’ll get the price that we need,” Jacobs said, declining to say when a decision would be reached. If XPO decides to keep the business, the company will invest in the operation for the long term and not just hold it to sell later, he said.

Jacobs said in November that XPO had received “serious interest” from potential buyers of the unit. The long-distance trucking industry is splintered among many companies with little pricing power.

The truckload unit is profitable and has annual earnings before interest, depreciation and amortization — a profit measure known as Ebitda — of $100 million, Jacobs said. About 35 percent of its business comes from cross-border trucking with Mexico.