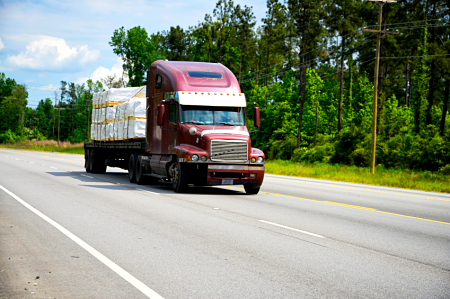 The Georgia trucking industry voiced opposition last week to proposed tougher limits on its highway speeds, according to a report on Reuters.

The tougher restrictions come from House Bill 499 that Rep. Ron Stephens introduced in response to a crash last year on Interstate 16 that killed five nursing students as they were heading to a Savannah hospital for hands-on training.

“This is a very small opportunity for us to take out the very heavy trucks,” said Stephens, R-Savannah. “Typically when they’re involved in an accident, they have a tendency to squash you like a bug. It’s different from a two-car accident.”

Stephens and the industry representatives testified during a hearing before the House Motor Vehicle Committee considering a proposal to make truckers in 100,000-pound, commercial vehicles subject to the $200 Super Speeder penalties that are on top of local fines when caught going 10 mph over the speed limit on Interstate highways.

The trigger in the current law is 20 mph, where it would remain for cars and non-commercial buses, vans and smaller trucks.

The committee took no action on the bill. It would have to approve it before the full House could get to vote.

“You are preparing to create a dichotomous system if a trained, professional driver is a super speeder at 10 miles over the speed limit — which is very often the normal flow of traffic on Georgia’s interstates. But an untrained, amateur driver, no matter what they’re driving — even an 80,000-pound vehicle — is not a super speeder until 15 mph or more,” said Jay Morgan, lobbyist for the Georgia Motor Trucking Association.

He cited statistics showing that roughly seven out of 10 truck/car crashes are caused by the driver of the car. And he said studies show that the safest conditions are when traffic flows at about the same speed.

Also objecting was Dan Matthews, who has driven trucks since the 1970s and is a safety trainer for YRC Freight, better known as Yellow Transportation of Marietta, Ga. Many commercial trucks have governors on the engines that prevent them from accelerating above 65 mph, meaning the only times those vehicles can exceed most interstate speed limits is when going downhill when they are trying to keep enough momentum to make it up the next hill, Matthews said.

Branding a driver a super speeder would probably make it difficult to get a job with a reputable company at a time when the nation has a shortage of 40,000 drivers.

“The last thing we should do is take away the livelihood of the people willing to do it,” he said.

Matthews recommended a 15 mph trigger rather than 10 mph because he said getting two speeding tickets that far over the limit already means an automatic six-month suspension of a commercial driver’s license.

The committee also heard from five lobbyists for hospitals around the state supporting the bill because the added fines would go to help support their trauma centers.

“We’re the second-busiest trauma center in the state, and the fewer we have, the better,” said Scott Maxwell, lobbyist for Memorial Health in Savannah.