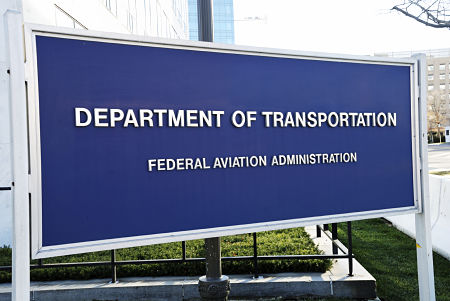 A trucking provision in a House aviation bill jeopardizes approval of the legislation governing the Federal Aviation Administration, according to congressional Democrats in a story reported in USA Today.

The provision dealing with rest breaks for truckers is part of an FAA bill, which primarily aims to shift air-traffic control from the FAA to a not-for-profit corporation.

The House Transportation and Infrastructure Committee approved the bill Feb. 11. The bill awaits consideration by the full House and the Senate. Current FAA legislation expires March 31.

Sen. Barbara Boxer, D-Calif., told a Capitol news conference recently that she forced the removal of the trucking provision from a highway bill Congress approved in the fall. She described “a knock-down, drag-out battle” with Rep. Bill Shuster, R-Pa., who is also sponsoring the FAA bill, over the trucking provision.

Twenty states and the territories of Guam and Puerto Rico have rules for meal and rest breaks for truckers that would be overturned, if the legislation is approved.

“This terrible, anti-safety, anti-worker provision is a poison pill and it has no place in the FAA bill,” Boxer said.

But Richard Pianka, a lawyer for the industry group American Trucking Associations, said the provision shouldn’t be controversial because it would simply restore policy set by Congress in a 1994 FAA law. The law prohibited the states from regulating prices, routes and services of interstate motor carriers.

“We don’t think it should be a killer,” Pianka said. “The interstate trucking industry is dependent on this provision to establish national uniformity, which is important for efficiency, it’s important for safety.”

The trucking industry asked Congress for action because the Supreme Court refused last summer to hear an appeal on the subject from the Ninth U.S. Circuit Court of Appeals.

“If Congress cares about what it did in 1994, it needs to send another, clearer message now,” Pianka said.

Because the language prohibiting state-level trucking regulations originally appeared in an FAA bill, Republicans have said it should be remedied in the latest FAA bill, where Shuster included it.

Rep. Grace Napolitano, D-Calif., proposed to strip it out of the FAA bill, but lost on a 27-31 vote. She also said the provision could jeopardize approval of the overall legislation.

“States should be allowed to set meal and rest break standards as they see fit for the health and safety of their workers,” Napolitano said.

Groups such as International Brotherhood of Teamsters, the Owner-Operator Independent Drivers Association, Advocates for Highway and Auto Safety and Citizens for Safe and Reliable Highways each opposed the trucking provision.

“It is reprehensible that truck safety rules are under attack in this aviation reform bill when large truck crashes are responsible for killing nearly 4,000 people and injuring 100,000 more annually,” the safety groups wrote in Jan. 9 letter to House committee leaders.

But Pianka of the American Trucking Associations disputed that the rule would lead to greater safety. If rest breaks were built into trucking schedules, 10- or 11-hour workdays could stretch to 12 or 13 hours, which could lead to more fatigue, he said.

“That’s not good for safety — that drags out the driver’s day,” Pianka said. “We’re kind of puzzled about all the claims that this is about safety,” he said, because the Federal Motor Carrier Safety Administration characterized the state-level rules as workforce rules rather than fatigue or safety rules.

The timing of Senate debate is unclear. Boxer said she wrote letters to the top senators on the committee that will consider the FAA bill, Sen. John Thune, R-S.D., and Bill Nelson, D-Fla., urging them not to include the trucking provision in their version of the legislation.

“My sense is they’re evaluating whether they should go to the bill, keep it bipartisan and not include some of the controversy in it,” Boxer said. “What worries me is it will remain in some form or another.”