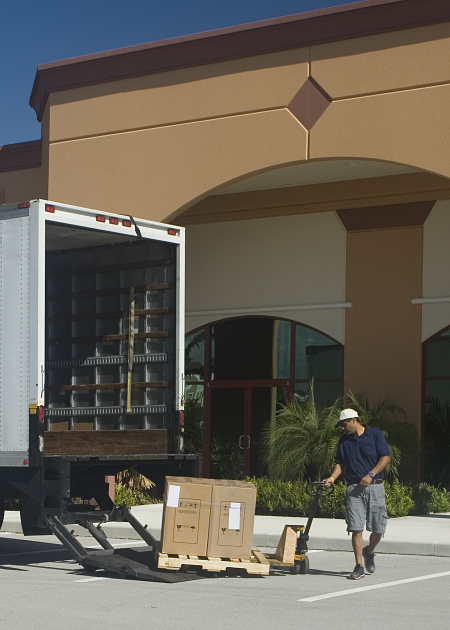 ATLANTA— Mark Eaves has been a tractor-trailer truck driver for 13 years. Lately, though, he is more like your UPS man on steroids, according to a recent report in the Wall Street Journal.

On a typical recent day, he throttled his semi-truck through the narrow streets of Gwinnett County, Ga., subdivisions, avoiding yard crews and children on bikes, until he reached the delivery he dreaded most: a 238-pound gun cabinet ordered online from Gander Mountain.

He parked on the street and single-handedly got the load out of his truck, balancing it while lowering by hydraulic lift. Then—per his customer’s wishes—he pulled it up a hill and around back where his hand-powered forklift (called a pallet jack) got stuck in mud. At that point, Mr. Eaves tipped the box on its end and muscled it the rest of the way to her patio.

A seismic change in the way Americans are shopping is affecting everything from how, when and where they make purchases to whether they pay with credit cards or mobile clicks. The transformation is rocking retail and shipping and rippling through real estate, banking and tech.

It is also roiling trucking, which is caught in a tug-of-war with shippers and parcel carriers over who should pay for the true price of delivering e-commerce, especially the ever-bigger items consumers are ordering. As they struggle with unanticipated costs, truckers are weighing whether to specialize, partner or ratchet up prices, which would pressure shippers and maybe consumers.

Big rigs like the one Mr. Eaves drives for Fishersville, Va.-based Wilson Trucking Corp. are increasingly hauling consumer goods they weren’t designed for into neighborhoods, bumping tree branches and utility wires. Truck drivers, used to moving efficiently from one loading dock to another, must now juggle big, often heavy and more time-consuming home deliveries, too.

“Have you ever tried to lift a 2,000-pound pallet [of paver stones] with a pallet jack?” Paul J. Dugent, a vice president of Estes Express Lines asked while speaking about industry changes at a recent supply chain conference. For anybody trying to get a big truck into a cul-de-sac, “chances are we’re going to take out a mailbox,” he said. Home deliveries are “the biggest thing this industry is dealing with right now.”