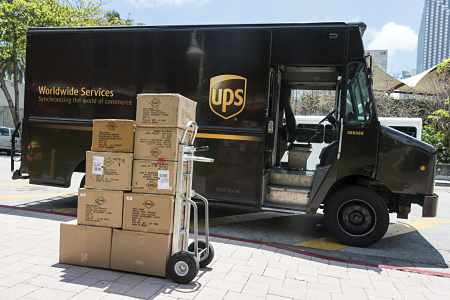 The CNG fueling stations and vehicle purchases totaling $100 million are part of UPS’s ongoing commitment to diversify its fuel sources and reduce its environmental impact.
“At UPS, we own our fleet and our infrastructure. That allows us to invest for the long-term, rather than planning around near-term fluctuations in fuel pricing,” said Mark Wallace, UPS senior vice president global engineering and sustainability. “CNG is part of a broad investment in a variety of alternative fuel vehicles. Taken together, all of our alternative fuel vehicles represent 6% of the more than 100,000 UPS global fleet, and have driven a 10% annual reduction in use of conventional fuel.”

UPS is working to meet its goal of logging one billion miles with its alternative fuel and advanced technology fleet by the end of 2017, using a Rolling Laboratory approach to determine the right alternative fuel solutions to meet the unique needs of route-specific driving environments.

CNG is made by compressing natural gas to less than one percent of the volume it occupies at standard atmospheric pressure. The use of natural gas reduces greenhouse gas emissions six to 11 percent, according to the U.S. Department of Energy¹.

UPS was one of the initial 13 leading companies to take the Obama Administration’s American Business Act on Climate Pledge, committing to reduce greenhouse gas emission intensity 20 percent by 2020.