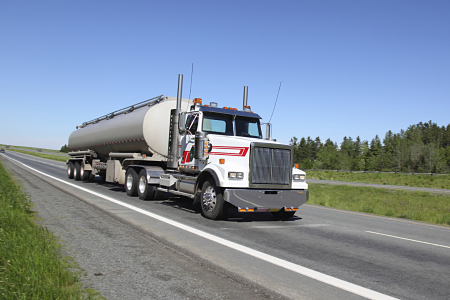 OKLAHOMA CITY —Low oil prices are taking a toll on Oklahoma trucking companies, according to a report on television station KOCO.

Terry Hicks, terminal manager for Dugan Truck Line, said the company is not hauling half the freight it was this time last year.

“Last year we were bringing in probably two or three shipments per day,” Hicks said. “Now we’re lucky to see one shipment a week, if that.”

Hicks said this has hurt the company’s revenue. He said if the price of oil doesn’t rise again his company could have to cut hours for employees and lay people off.

“I hope something changes. Maybe we’ll see the price of that oil come back real soon, but I just don’t know,” Hicks said.

Across the board, some trucking companies have already laid off workers.

“The drop in oil prices affects all industries, transportation is no exception. The downturn as it relates to trucking in the oil and gas sector is a 65% reduction of their workforce. What seems like a natural benefit of lower fuel cost to trucking companies does not translate to enough savings to overcome lost jobs and strength to the overall economy. The majority of trucking companies have worked to become more fuel efficient as regulations have been instituted in the industry. This means fuel savings are already passed on to consumers. The bottom line for Oklahoma’s downturn related to the energy sector means less related trucking, fewer jobs, and a softening of the economy,” the Oklahoma Trucking Association said in a statement.