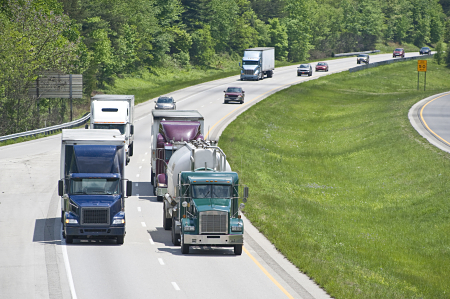 Traffic congestion on US highways added nearly $50 billion in operational costs to the trucking industry in 2014, according to the American Transportation Research Institute (ATRI) as reported by trucknews.com.

“Unfortunately, we’ve come to expect traffic congestion as a part of our daily lives but ATRI’s latest analysis illustrates what a significant productivity drain that congestion is on our industry and the economy at large,” said David Congdon, CEO of Old Dominion Freight Line.

Florida and Texas led the way, each with over $4 billion in increased costs due to congestion. Eighty-eight per cent of the congestion costs concentrated on 18% of the network mileage, and 95% occurred in metropolitan areas.

The impact of congestion costs on a per-truck basis averaged $26,625 for those travelling 150,000 miles annually.

ATRI has created a database to provide granular cost information to transportation planning officials on the hours of delay and associated cost by major jurisdiction type and road level.