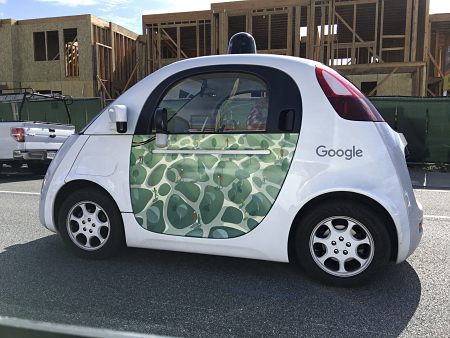 Automated vehicles can be the biggest asset in improving the safety of America’s roads, according to Christopher Hart, chairman of the National Transportation Safety Board, as reported by Transport Topics.

In a speech June 30 at the National Press Club, Hart said the following: “An automated 80,000-pound truck will be safer, eventually, than one with a driver. The transition from where we are now to that point, that’s going to be a challenge.”

Asked what one step the nation can take to enhance safety, Hart replied, “Automation,” before specifically mentioning collision avoidance systems, “one of the foundation stones” of the transition to era of automated vehicles. Hart praised the trucking industry for its willingness to consider the use of onboard event recorders as boons to safety while he criticized the availability of synthetic drugs over the counter at truck stops.

Hart’s topic was to be self-driving, but both in his remarks and in the question-and-answer session afterward, he also addressed aviation, transit, rail and commercial trucks. “Driverless vehicles are coming,” Hart began after Press Club President Thomas Burr of the Salt Lake Tribune referred to the fast-growing autonomous vehicles field as the “wild, wild West.” Hart said automation is the biggest factor that can help improve safety — it can save “many, if not most of” the 32,000 lives lost each year in traffic accidents in the United States.

The NTSB chairman also touted automation’s potential to greatly unclog the nation’s congested roads by reducing the needed space between vehicles. Hart also sees driverless vehicles as alleviating such human factors as fatigue, distracted driving, impaired driving and a lack of fitness for duty, all of which are on the NTSB’s Most Wanted List of advocacy priorities. “Most accidents are due to driver error, and if there’s no driver, there will be no driver error,” Hart said. “The first fatal accident involving a driverless vehicle will get a lot of attention,” he added, “but this train has already left the station. Eventually, we won’t need a driver.”