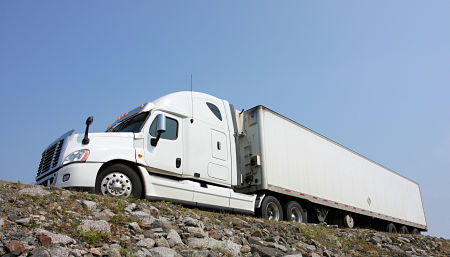 A group of trucking companies in Southern California will pay $5 million to settle a class-action lawsuit brought by drivers who alleged that they were improperly treated as independent contractors, according to a report in the Los Angeles Times.

The settlement marks the latest victory for port truck drivers in a years-long battle they have waged, with the help of union organizers and plaintiff’s lawyers, to force companies to compensate them as if they were employees, rather than freelancers.

It is unclear, though, whether the case will prompt a radical transformation in the trucking business, which has clung to a contractor model despite an onslaught of legal challenges brought by drivers. Several companies have been forced out of business in the last two years.

“It doesn’t change anything,” said Barb Maynard, a spokeswoman for the Teamsters Union that has been advocating for port truck drivers. “The clock starts again the minute the settlement is over. The misclassification is continuing.”

More than 380 drivers sued Erick Byunghak Yoo, whose family trust owns the land used by a network of trucking firms that are operated by Yoo’s family members or associates and are run as a single enterprise, according to plaintiffs’ lawyers.

The drivers were represented by attorneys from Asian Americans Advancing Justice-Los Angeles and the Wage Justice Center.

The suit accused the constellation of companies of illegally deducting around $1,500 from drivers’ paychecks, paying them less than the minimum wage and failing to give the workers rest breaks. Plaintiffs’ lawyers accused Yoo and his associates of “maximizing their own profits while forcing their drivers to labor under unlawful and unfair conditions that shock the conscience.”

About $1.25 million of the settlement will go to plaintiffs’ lawyers.

Jon Kardassakis, a lawyer representing the defendants, did not immediately respond to requests for comment.

The companies did not admit any wrongdoing in the settlement.

Trucking bosses have been reluctant to start labeling their drivers employees partly because the current model saves so much money, said Jonathan Rosenthal, a portfolio manager at the private equity fund Saybrook Capital.

Last year, Rosenthal helped found Eco-Flow Transportation, whose drivers are employees. He estimates that an employee-only trucking firm is 30% more expensive to operate than the traditional independent contractor model.

The case will have a very specific impact on Mariano Alexander Saravia, a named plaintiff in the case who will win more than $9,000 from the settlement.

In 2012 and 2013, Saravia worked 14 hours per day for QTS from Monday through Thursday, and an additional six hours on Saturday, hauling tires from the port of Long Beach to Ontario, Calif.

Steep deductions are a common practice in the trucking industry, in which drivers are treated as if they are small-business owners. Trucking executives have said drivers prefer the arrangement because it affords them some measure of freedom.

But Saravia, a resident of Rialto, said he often ended up taking home a sum that amounted to less than the minimum wage, after counting the seven hours he often spent waiting to pick up containers at the port.

One week in December 2012, Saravia recalled, he was left with a paycheck of exactly $1 after all the deductions, for 48 hours of work. He said the check amount stuck with him because at the time he was gearing up to buy his three daughters gifts for Christmas.

“I felt really badly, because what could I have bought my daughters with $1?” he said. “If I had gone to the 99-cents store to buy something for my girls, I could only have bought one of them a gift.”

Now Saravia said he earns more driving for XPO Logistics, one of the world’s largest trucking companies. That outfit still treats him like a contractor and bills him for the truck rental, parking and insurance, which Saravia says comes to about $450 per week.