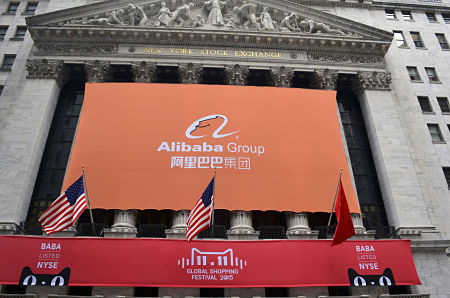 Alibaba’s marketplaces in China represented more than $450 billion in online sales in 2015, which made it the largest e-commerce company in the entire Asia-Pacific region, according to an article in the Business Insider.

But its influence does not end there, as the company is starting to become an important potential partner for U.S. shippers as it steps further into U.S. e-commerce.

Alibaba’s push into the U.S. market has already provided a boost to the United States Postal Service, as the two sides reached an agreement in 2015 in which USPS treats all packages from Alibaba as priority mail. This means U.S. customers can receive orders from Alibaba’s e-commerce sites more quickly than in previous years.

More importantly, the agreement makes USPS the exclusive last-mile delivery partner for Alibaba in the U.S., which eliminates other carriers such as FedEx and UPS that used to ship for Alibaba.

Alibaba also recently debuted its own logistics service appropriately called Alibaba Logistics that assists Chinese brands and merchants with the transportation of goods around the world after they have been sold on one of Alibaba’s marketplace sites, such as Taobao or Tmall.

The parcel delivery industry — a segment of the shipping sector that deals with the transportation of packages to consumers — is booming thanks to e-commerce growth, and players outside the industry want a piece of the pie.