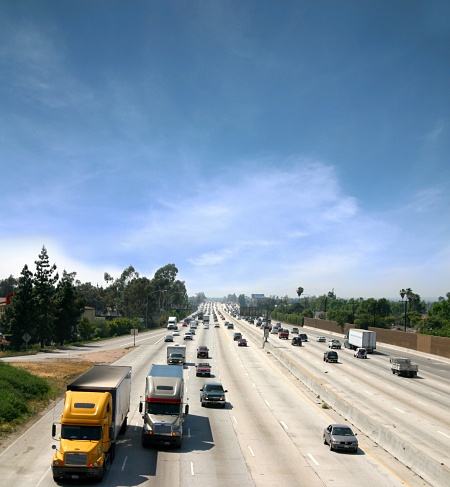 The release of the final version of California’s Sustainable Freight Action Plan has been met with harsh criticism by two groups representing Golden State’s truck-fleet operators, according to a report in HDT Truckinginfo.com.

According to the California Air Resources Board, the revised document is similar to the draft issued back in May. However, CARB claims it “reflects new input provided by industry, labor, regional and local government, and community and environmental group stakeholders.”

The plan is important to trucking as the agency regards it as a “blueprint” for making the state’s freight transport system environmentally cleaner, more efficient, and more economically competitive.

However, key trucking stakeholder associations in the Golden State argue that the plan doesn’t take into account the realities of the trucking industry, especially the billions truckers already spend to eliminate harmful emissions from the vehicles they operate in California.

“We listened to stakeholders, incorporated changes, and we will continue to consult with them as we put the Plan into action,” said California Air Resources Board Chair Mary D. Nichols. “This dialogue — and a commitment to shared responsibility for and ownership of this plan– is the underpinning for the successful transformation of our freight transport system and the multiple benefits it will bring to our environment, communities and our economy.”

Developed in response to an executive order issued by Governor Jerry Brown, the plan was prepared by no fewer than seven state agencies. Governor Brown’s senior jobs adviser Mike Rossi noted that the plan “builds upon ongoing efforts to modernize the freight industry while reducing emissions and keeping it competitive through commercially viable and affordable technologies.”

Per CARB, the plan also identifies opportunities to leverage freight transport system investments made by the State of California; “pinpoints actions to initiate over the next five years to meet goals and lists possible pilot projects to achieve concrete progress in the near term.”

The agency said the final plan also puts more focus on partnerships and includes a discussion of “toxic hot spots.”

Changes have also been made “to clarify and emphasize” collaboration between the responsible agencies and other regional planning efforts, including funding.

CARB said that, going forward, state agencies will continue working with federal, state, industry, labor, regional, local and environmental and community-based partners “to refine and prioritize the strategies and actions” outlined in the plan.

In statement on the finalized action plan, Shawn Yadon, CEO of the California Trucking Association, said that for California to “spur innovation” in zero and near-zero emission technologies, the state “must make a business case for new investment from the trucking industry, which is already spending $1 billion a year to bring about a more sustainable freight system. Broad expansion of regulations targeting freight facilities will impede this progress by discouraging the investment needed to achieve California’s environmental and economic goals.”

Yadon told HDT that CARB and other air-quality agencies in the state “continue to signal that they intend to expand regulation to cap emissions at freight hubs, which they contend are [toxic] ‘hot spots’ despite the billions the trucking industry is spending to eliminate emissions throughout the state

“If the true intent of this program is to advance zero and near-zero emission technology, then California must make the case for billions of dollars of new private investment in the state,” he added. “Continuing to signal that draconian new rules are on the horizon will only hurt this effort.”

Joe Rajkovacz, director of governmental affairs and communications for the Western States Trucking Association, reacted even more vehemently to the final plan. “Despite what the news release from CARB states about the ‘inclusive’ nature of the process, as usual it is nothing but gross hyperbole,” he told HDT. “The whole document is really a manifesto outlining future interference in the goods-movement marketplace by bureaucrats intent on maintaining their command and control over a sector of the economy. It’s newsworthy to the point that it telegraphs the direction of future policy decisions by CARB.”

Rajkovacz also said that WSTA has known for “quite some time” that California move forward with “inducements” towards the adoption of zero-emissions technology in heavy duty trucks. “I have been told by CARB bureaucrats they never wanted a repeat of ‘forced’ mandates similar to what occurred with the Statewide Truck and Bus rule. The roadmap here will be financial inducements to adopt zero- emissions trucks in specific market segments.”

That being said, he added that “all the news of Class 8 electric trucks ‘possibly’ entering the marketplace in some commercially viable way is going to be interesting if it really happens. Those as yet ‘fantasy trucks—I haven’t seen any being beta-tested on highway yet, just concepts– will be exactly what CARB wants in the California marketplace. At least until some public researcher comes up with a theory that even those trucks somehow are contaminating the environment.”