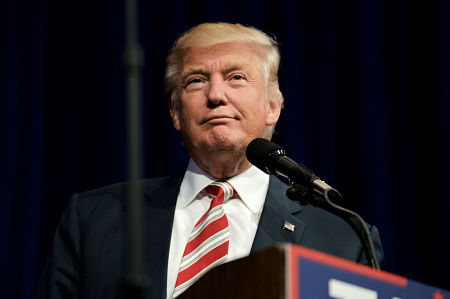 The Trump administration looks to offer the trucking business some badly needed road and infrastructure projects, but the industry will have to pay for the improvements, either through higher fuel taxes or tolls according to an article in trucks.com.

That’s the assessment of analysts at FTR Transportation Intelligence, an industry research firm.

Trump’s strong commitment to infrastructure is positive for most industries that rely on transportation. How these projects will be funded, however, might not be widely embraced by the trucking industry, the analysts said.

“We have to find a way to pay for these projects,” said Noël Perry, an FTR analyst. “Trump made it clear during his campaign that he wasn’t going to increase the deficit to pay for infrastructure projects. The trucking industry shares the highway, so we have to pay our fair share.”

The American Trucking Associations is on record opposing tolls to fund highway building and infrastructure projects. Instead, the trucking industry’s largest trade group supports raising fuel taxes. Perry said the industry should be prepared for both.

The industry also could see a reversal in several Obama administration regulatory initiatives.

A Department of Transportation plan to make trucks that weigh more than 26,000 pounds be equipped with electronic devices that would cap their top speed, might be pushed back, Perry said.

The issue has divided the industry.

Major carriers and the ATA support limiting the speed of heavy-duty trucks. Many independent drivers and small trucking firms have objected to the regulation, saying it represents unwarranted interference in how they run their businesses and could create a safety hazard when trucks need to pass other trucks.

“Trump is going to have bigger fish to fry than trucking and so does Congress,” Perry said. “I don’t think he’s going to spend a lot of time worrying about regulatory issues right away.”

Other, broader Trump initiatives could have important implications for trucking, said Bill Witte, an FTR analyst.

Trump, for example, may face political divisions within his own party in the coming months, Witte said.

“The political warfare situation would be the Republican part of the House fractures and fights among itself, and in the Senate, you may have a real significant breakdown in operations between Republicans and the Democrats,” Witte said.

Elsewhere, Trump’s campaign promises to renegotiate or scuttle the North American Free Trade Agreement and embark on other protectionist policies could trigger a trade war.

“If he starts a trade war, we are going to have a recession, period,” Perry said. “We will have to watch really closely to find out who he appoints to his cabinet – that will give us some clue.”

Despite the unknown factors, Trump opens the possibility of several developments that “could have very positive implications for the economy, Witte said.

“The one that could have the most immediate impact would be regulatory changes since a lot can be done there by executive action without the need for Congressional legislation,” Perry said.

All told, “trucking companies may be better off in 2017,” Perry said. “As we enter 2017, expectations are low and the economy is likely to be better than expectations, as least for the first half.”

The FTR analysts expect economic growth of 2 percent, about the same as this year.

While consumer spending was the economy’s main driver this year, Witte sees a more balanced economy next year, with brisker growth in business investment and housing.